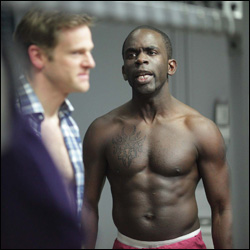 Dan tries to do right by his best mate, who has a long-standing knee injury, but it seems that his condition is a lot worse than Dan realised. The pressure intensifies when Malick becomes involved and discovers that the situation is Dan’s fault.

Hanssen sets out to reignite the old magic that he and Sahira once shared when she was his trainee. He attempts to get her into a crossover operation with him, despite her fears that she might not be ready.

Meanwhile, Frieda tries to keep her emotions in check when she receives a call from her family with bad news.

In this article:HC Series 13, Tahsin Guner