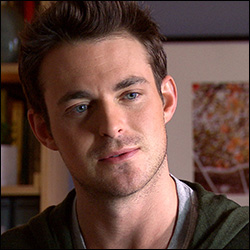 Malick is drawn further into the world of convicted murder accomplice Amanda, and finds himself tempted to cut a deal with her to help find the body of a missing girl. But in doing so he would jeopardise his career. Will he act on his sympathies  for the victim’s mother or his duty as a doctor?

Gemma treats a patient who thinks she’s a vampire, while also resisting the charms of handsome new doctor Harry and Ollie finally begins to grieve properly as he contemplates the future without Tara.