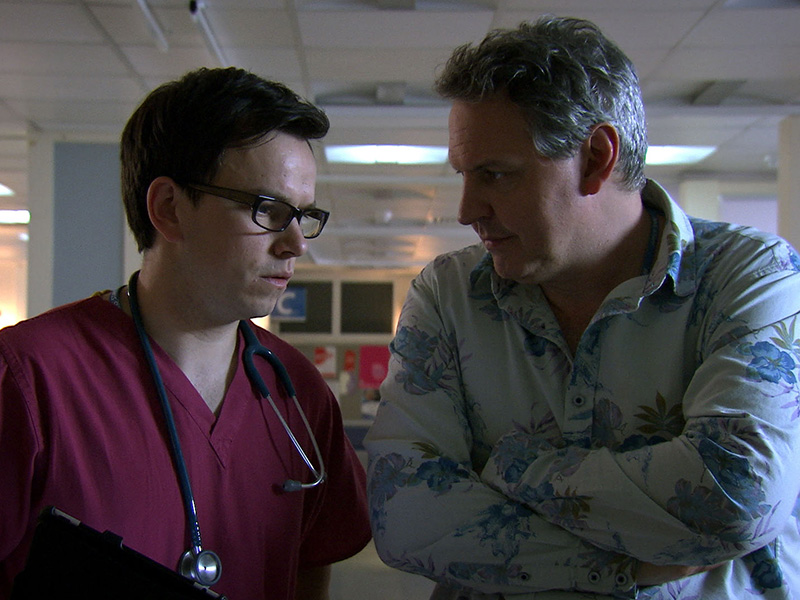 ‘One Small Step’ : Jac rejects Guy’s offer of a promotion at Elliot’s expense, and then is forced to do some tough thinking after he teams her up with former colleague Connie Beauchamp on a complex procedure.

The student doctors reach the end of term, and while Arthur concentrates on his studies, Zosia drowns her sorrows – with disastrous consequences.

Raf’s brother arrives on the ward after a mugging – and when he is rushed into surgery, Harry is the one who spots a potentially life-threatening complication.