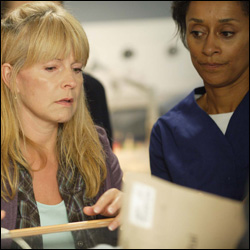 Ruth makes an unsettling discovery, which could have important consequences for her career. And Jordan receives some unwelcome news about his future as a doctor.

Rushing through her ward rounds with Sarah Evans, Ruth slips out to take a pregnancy test – which confirms her worst fears. On their rounds, Sarah advises Ruth that trying to make it as a female surgeon is hard and there can be no room for error. Ruth later goes to the pharmacy and collects a pill to terminate the pregnancy.

Elsewhere, a baby is brought into casualty with head injuries resulting from a fall with his sick mother, Hazel. Ruth impresses Sarah during surgery on the baby and, to Jay’s pride, Sarah invites her to the surgeon’s dinner. Torn between her ambition and her feelings, will Ruth take the pill?

Jordan’s condition continues to improve but the news is not good about his future as a doctor. Frances believes he will be able to return to work, but only in an administrative capacity. Neglecting her work to see Jordan yet again, Zoe is confronted by a furious Adam. Hitting back, she reveals to a shocked ER team that Jordan is in recovery and that his tumour has been downgraded.

Meanwhile, down-and-out Alistair yet again fakes symptoms to call out the paramedic team in the hope of seeing Polly. 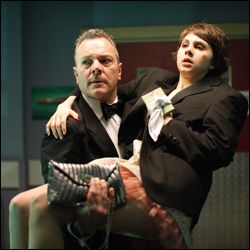 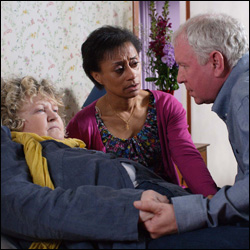