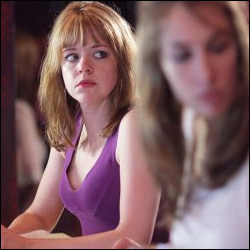 Ruth is plagued by flashbacks from her night out clubbing. Disorientated and distressed, she flounders when Jordan puts her in charge of the ED while he prepares for his surgical interview.

Ruth’s drunken night has led to fragmented memories which point to the terrifying possibility that she might have been raped. Unsettled and upset, she is unable to cope when Jordan puts her in charge of the ED. Jay becomes worried about her but the team are just happy she’s not her usual tyrannical self.

Barry is brought into the ED with severe lacerations to his leg. He and his wife, Ali, claim he cut himself on some glass but Lenny suspects that he might be a victim of domestic abuse. When Ruth sees him she’s horrified – it’s the guy who she thinks tried to rape her last night.

Recovering alcoholic Sunil comes into the ED, along with his wife, Anjna, and his daughter, Meena, claiming to have liver cirrhosis, but Meena quickly discovers that he’s still secretly drinking and that was the cause of his vomiting. When it looks as if Sunil is going to drive home despite being drunk, Meena gets in front of the car and is accidently run over.

Ali finally admits to Ruth that she was the one who cut Barry’s ankle with some rusty pliers. But when she sees Ruth’s club stamp, she realises Ruth and Barry were at the same club and assumes the worst. Ruth shows her the bruises and says that Barry forced himself on her, which Barry vigorously denies. Barry’s leg continues to get worse with necrotising fasciitis, meaning they’ll have to amputate. Will Ali stand by her man?

Meanwhile, Jordan, who had been preparing for an interview all day, returns to the ED with good news: he got the job. The team are less than thrilled and wonder who will rein in Ruth now.

In this article:Cas Series 25, Jason Sutton