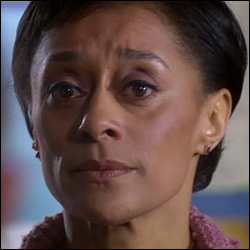 Reeling from the loss of young patient Daniel, Tess takes a stand against hospital bureaucracy.

Desperate teenager Steven breaks into Tess’s house seeking help for his sick baby and claims to know her, but she is too gripped with fear at the intrusion to take anything in. But when Steven and the baby’s mother later arrive at the Emergency Department with the fitting baby, Tess recognises that Steven and her son used to be friends.

Steven is then taken ill and diagnosed with cirrhosis and it becomes apparent he won’t be allowed a new liver due to his drinking. Determined not to lose another patient, Tess swaps Steven’s blood tests with her own so that his blood alcohol will be clear.

But when Henry forces Tess to accept the blame for Daniel’s death it’s the last straw for her. Will the team support Tess as she makes her stand?

In this article:Cas Series 25, Sasha Hails