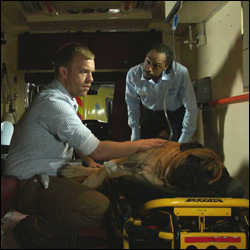 Violence spills into the ED with fatal consequences in the concluding episode of the three-part special about a bitter gang rivalry.

Worried about the consequences of the previous week’s bungled shooting and Jade’s violent assault at the hands of the gang, teenagers Stevie and Jade vow to leave Holby. Lloyd and Scarlett try to persuade them otherwise but they’re adamant, until Jade’s condition worsens and she’s brought back into the ED.

When Yvonne finds out that Jade’s been raped she’s furious that Jordan and Tess failed to disclose the information, especially when they refuse to allow Jade to be questioned because she will be further traumatised.

With a smoking gun still out there, Anton denying responsibility for Jade’s rape, but Stevie convinced of his guilt, the battle lines are drawn and eventually spill into the ED. Can Jordan and Yvonne restore order before events spin out of control? Just who is responsible for Jade’s rape? And can Stevie and Jade escape before the violence catches up with them? 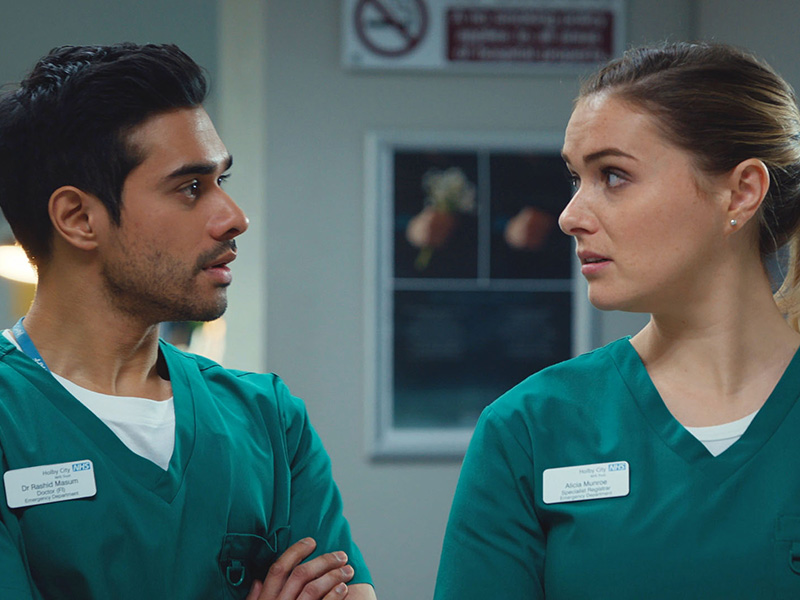 Rash’s new-found confidence is tested when he treats a prisoner, who also leads Gem into danger. Bea looks after a Falklands War veteran, before... 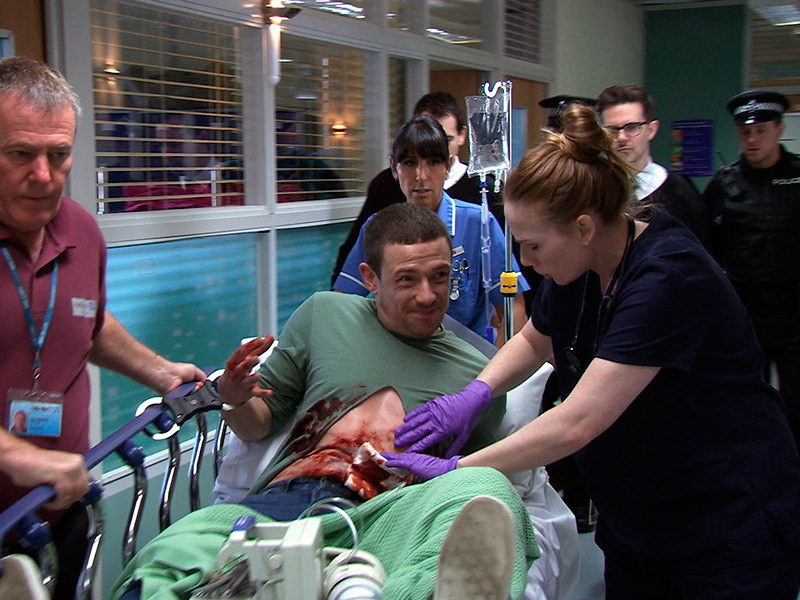 ‘We Have The Technology’ : Jonny is behind bars, where he meets his frightened young cellmate, who has been targeted by a fellow prisoner...