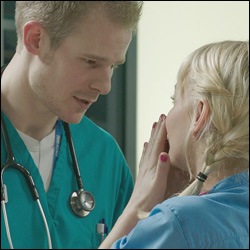 Tensions rise in the ED as Sam gets nervous about her GMC hearing, Lenny makes a pass at Linda and Lloyd & Scarlett’s fiery relationship spills into their work time.

It’s the week before Sam’s GMC hearing and the tension is starting to show, especially when Zoe reveals that she’s been called to testify against Sam. When the misidentification of a patient causes a near-fatal reaction, Sam takes her frustration out on Scarlett – much to Lloyd’s annoyance.

An insecure Lloyd is determined to get Scarlett to discuss their relationship but she keeps brushing him off. And when Lloyd tries to help her by confronting Sam about her outburst, Scarlett is furious – she’s perfectly capable of fighting her own battles.

Meanwhile a chance remark from Dylan about work relationships causes Lenny to look at Linda in a new light and he attempts to kiss her. Will the harassed nurse accept his advances? 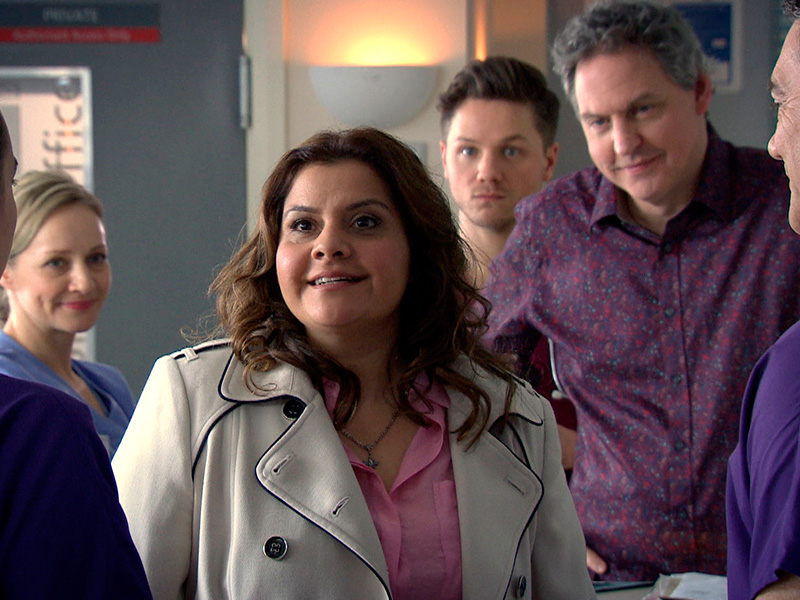 ‘All About Evie’ : Fletch is optimistic about Evie’s first day at her new school, but his hopes are quickly dashed when she is... 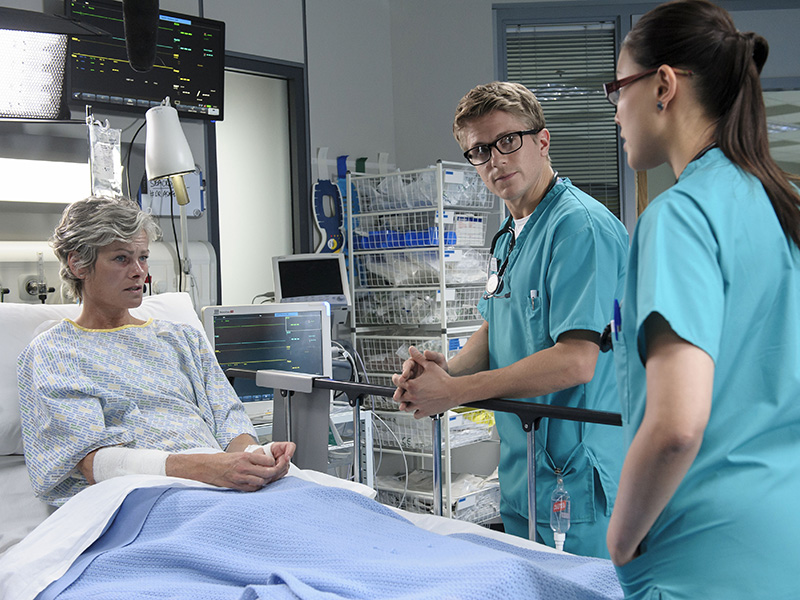 ‘Bad Timing’ : A tussle at the market ends with a teacher being pushed through a glass-fronted stall – but as Lily and new... 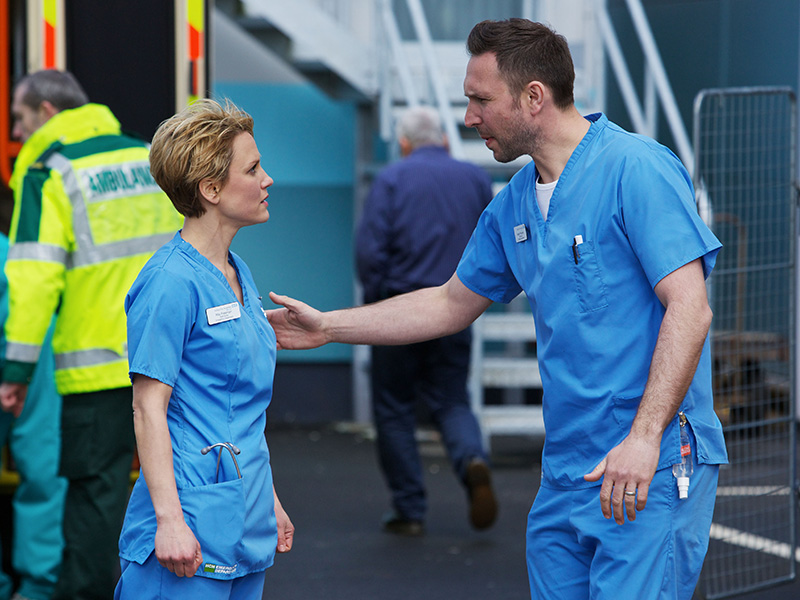 ‘Once There Was a Way Home (Part One)’ : New ED nurse Rita Freeman is forced to deal with a patient even before she... 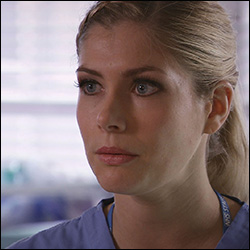 S15 E20 (26 Feb 13) : Unravelled by Frank Rickarby Episode Summary Serena is determined everything goes to plan with her mother’s operation, but...