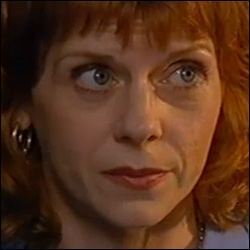 Janice can’t help but think the worst when she finds Chrissie’s name badge under her and Alistair’s bed. Receiving even less support than usual from him, she prepares herself for her pregnancy test results, alone. Rushing to share her goodnews with Alistair, her concerns are heightened when she sees Chrissie storm out of his office. Chrissie has thrownback Alistair’s present of a diamond necklace and, to make sure he realises that she no longer wants to see him, sheslaps him across the face.

Deciding to put her doubts to the back of her mind and concentrate on a tough shift, Janice is steeling herself for a show-down when she gets home. When it does happen, he very proudly offers her the same necklace which Chrissiehas rejected. With tears of guilt Janice accepts it as her Christmas present, annoyed at herself that she could eventhink her husband is cheating on her.

For Danny, Christmas brings the promise of romance with Marija. Arranging a surprise christening for stepson Luka, he succeeds in delighting his wife. By the end of the service, Marija shows, with a passionate kiss, that their counterfeit marriage may develop as Danny had patiently hoped.

Thinking that all her Christmases have come at once, Sandy enjoys some romance with Mark, a rugby player who is a patient. Eventually giving in to her feelings and shunning her shyness, she shares a kiss underthe mistletoe with him. Returning to work the next morning with a huge smile on her face, she takes the news of hisdeath badly and is comforted by a surprisingly compassionate Chrissie. Sam is also devastated by his death; it occurred during her shift and she had failed to detect his head injury. Terrified by the threat of legal action from Mark’s parents, her feelings of guilt are doubled by a brutal telling-off from Alistair. Alex does his best to comfort her but remains concerned about the pressure she is putting herself under.

Since losing his wife, Steve has been dreading Christmas. He wants to make an effort for the sake of his son, but his plans are rejected by Robbie, with whom he is still struggling to communicate. However, Robbie has a change of heart and decides to surprise his dad by decorating the house and ordering a Chinese takeaway. 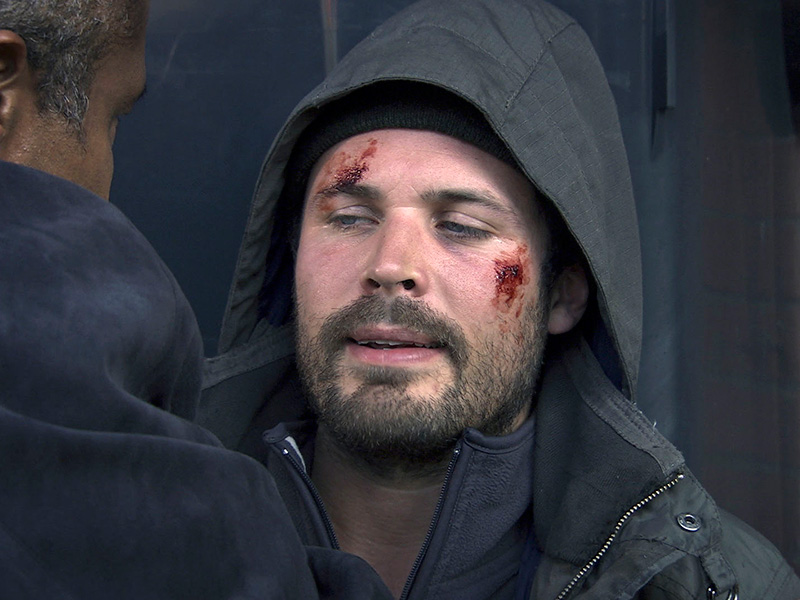 ‘I Will Honour Christmas in my Heart’ : A vagrant is attacked by a gang of hooligans near the car park, and the staff...