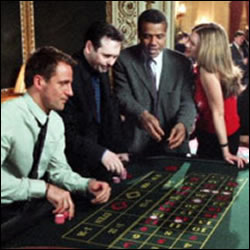 Registrar Diane Lloyd, an old girlfriend of Ric’s, joins the team on Keller Ward, where preparations are nearing completion for Sam’s wedding to Ric.

Owen is getting more involved with Chrissie. Alex takes up the invitation to join the poorly-attended stag night, and Diane suggests moving to the casino next door, where Ric wagers the £20,000 cheque that Sam is giving him to clear his debts.

A young man, Gary Sullivan, is admitted to Keller with abdominal pains, which Ric finds is advanced cancer, and is put in a moral dilemma when the patient asks him to disguise the fact that it predates his taking out a large life insurance policy in favor of his fiancée.

Maternity deals with a young mother-to-be who is diagnosed with herpes, and the consequences for her relationship with the father.