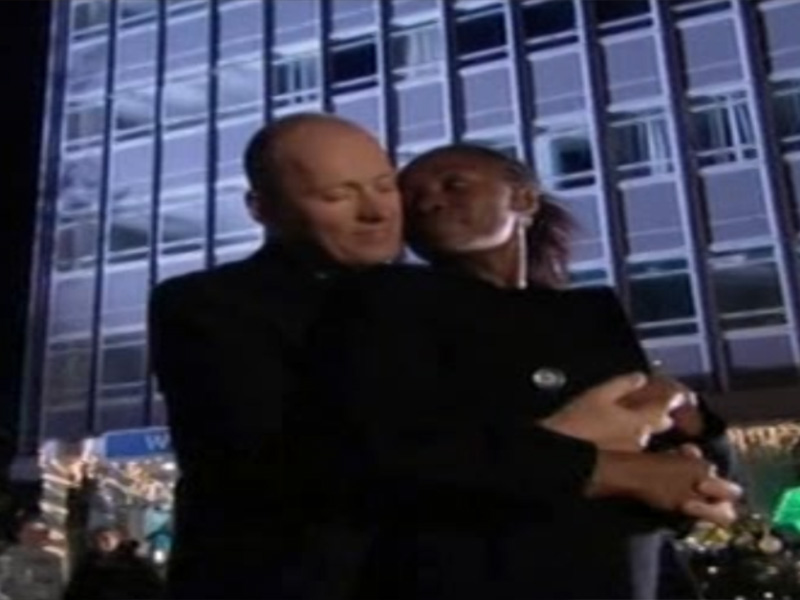 There is no such thing as a quiet Christmas at Holby City, and Boxing Day is no exception.

Lola is concerned for baby Leanne’s welfare and manages to rope Dan into helping her. They go to Steve’s flat and hear Leanne crying inside. When no one answers, Dan breaks the door down and finds Steve collapsed on the floor. The pair struggle to save Steve but he dies in the ambulance. With the way paved clear for Lola to be in line to adopt Leanne full-time, Dan tells Lola she needs to make a decision between her career and Leanne. Lola realises she couldn’t give Leanne her full time care and couldn’t bear to lose her again so informs Social Services of her decision.

Meanwhile, Joseph tries to make it clear to Martha that they are just friends after their kiss at the Christmas party, but she is smitten with him. Jac warns Martha that Joseph is hers, but Martha isn’t going to give up without a fight.

Elsewhere, Kyla confronts Abra about the HIV drugs, and he is forced to reveal the real reason behind his stockpiling of the medicine. After recent tension between the pair, Abra sets up a romantic snow scene outside the hospital and the couple dance.

Elliot comforts an elderly patient, June, with coronary artery disease who has never come to terms with the loss of her husband. She refuses treatment and Martha is with her when she dies.

When a man Colin is brought in with peritonitis, Abra discovers a perforated ulcer. We discover his wife spiked him with dishwasher cleaner, although it was meant as an attack on her over-protective mother-in-law.

* ‘Something about Christmas that brings out the stupid gene’ Lola says as another patient is brought in.

* When Donna is late for work, Dan ropes her into dressing into a horse costume. As she tries to find someone to be the back legs she asks ‘Do you fancy being my rear end?’

* ‘Underneath that exterior there’s a Jane Eyre waiting to get out!’ Abra says to Jac.

* ‘He’s already taken and I’m not in the habit of sharing’ Jac warns Martha of her relationship with Joseph.

* Lola says to Social Services ‘She souldn’t have to share me – I want her to have it all’.

* ‘Someone to Watch Over Me’ plays during the episode.