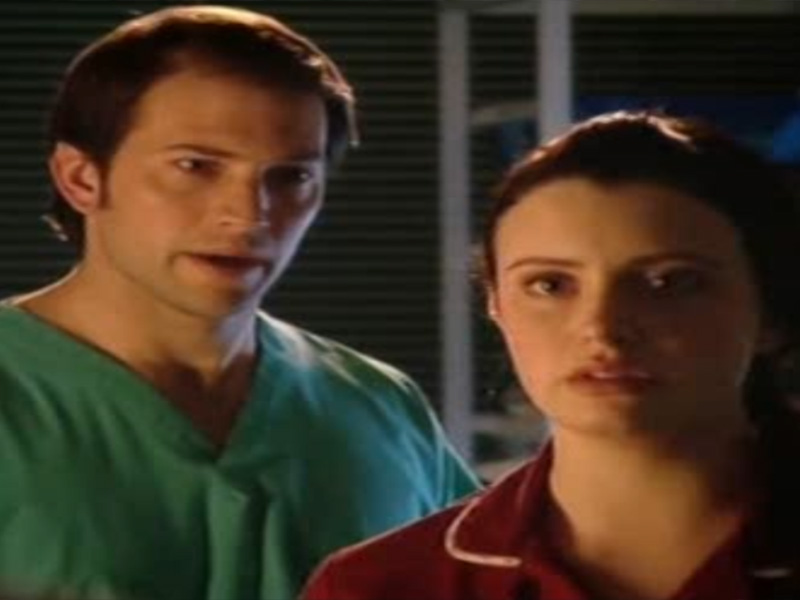 Jac’s manipulative behaviour causes Elliot to catch Joseph and Martha kissing during their assignment. Elliot is furious and feels betrayed by Joseph.

Abra has to think fast after Dan finds him taking more HIV drugs from the pharmacy but manages to stay ahead of the game as Dan and Sutherland try to catch him out.

Nikki has another psychiatric session with Matt, but he is concerned about how their relationship is affecting her behaviour. He says they should split up. Later Nikki makes a scene in the department, infuriating Lola. She is close to reporting him but seeing Matt upset at the prospect of losing his career, she agrees to keep quiet.

Sam tells Connie about a sweepstake going around the staff on who’s the father of her unborn baby. A bemused Connie confronts Donna.

Patient, Zanna, who has had a hole in the heart from birth is brought in suffering shortness of breath. She needs a further operation but she refuses this and any drugs. When she disappears from the ward and staff learn she has poison on her, they come to assumptions that she is a bomber. Elliot and Joseph find her in pharmacy where she is infact protesting against animal testing.

Staff treat Kendall who has been over-exercising in a bid to keep up with his young girlfriend. They have to operate on a heart problem.

A bride, Iona, is brought in on her wedding day after a cut to her face. She did not know her husband long before marrying him and when she suffers a stroke, we learn she has kept her Parkinson’s disease a secret from him.

* As Maria and Donna gossip on who’s Connie’s baby’s father, Maria suggests Sutherland whilst Lola says Elliot. When Connie confronts Donna she says ‘Wow I wonder who the favourite is!’ sarcastically.