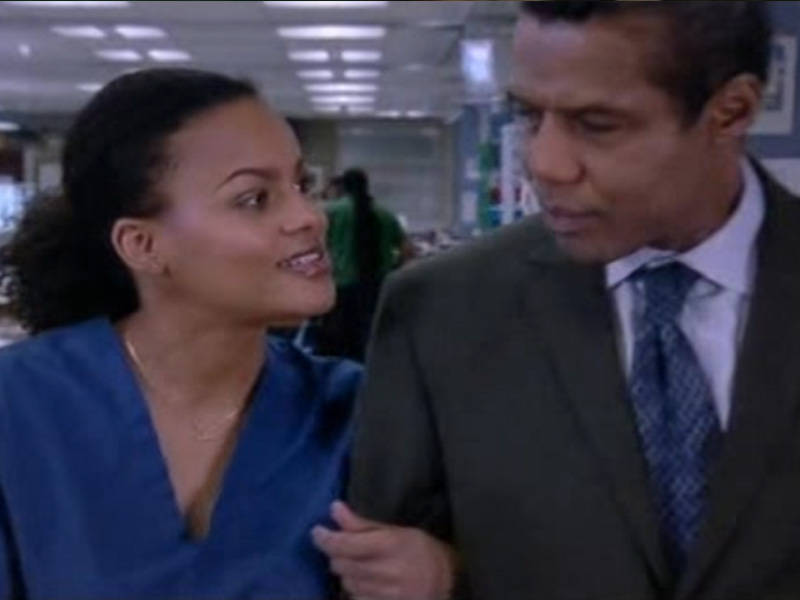 Jess returns to Holby after a month’s travelling and is soon told about her dad’s new fiancée, Thandie. Jess tries to speak to Ric about her concerns but he won’t listen. Lola refuses to get involved but that doesn’t stop Jess from putting her in the firing line. Later, when Ric orders Lola to stay out of his business, a heated argument ensues. Then after she slaps a patient’s relative who attempts to hit her, Sutherland orders her to go home. In the lift, she suffers a heart attack and collapses.

Lord Byrne tells Jac that they were spotted by Diane at the hotel and wonders who else might know. But Jac’s more worried about her career and gives Lord Byrne an ultimatum – a consultant’s job elsewhere in exchange for her silence.

When Jade develops complications following her abortion, Sam and Maddy smuggle Jade into the hospital and manage to get her seen without arousing suspicion. Later, the police turn up at the hospital looking for Jade, and Sam and Elliot are forced to lie to protect her. When the cops reveal CCTV evidence of Jade assaulting a man and leaving him for dead, Sam’s conscience makes him hand Jade in.

Following a crash, two female schoolgirls are brought in. Susan is mother to Rachel and her sister Megan is mother to Anna. Things become tense when the girl’s identities are mixed up and Anna is pronounced dead, when it is infact Rachel.

Conor is brought in with gangrene in his leg after injuring it two weeks previously. He is afraid of Thandie and operations so Faye helps to ease his nerves and suggests maggots as an alternative treatment. Dan, impressed by Faye, offers her a Sister job on Kellar.