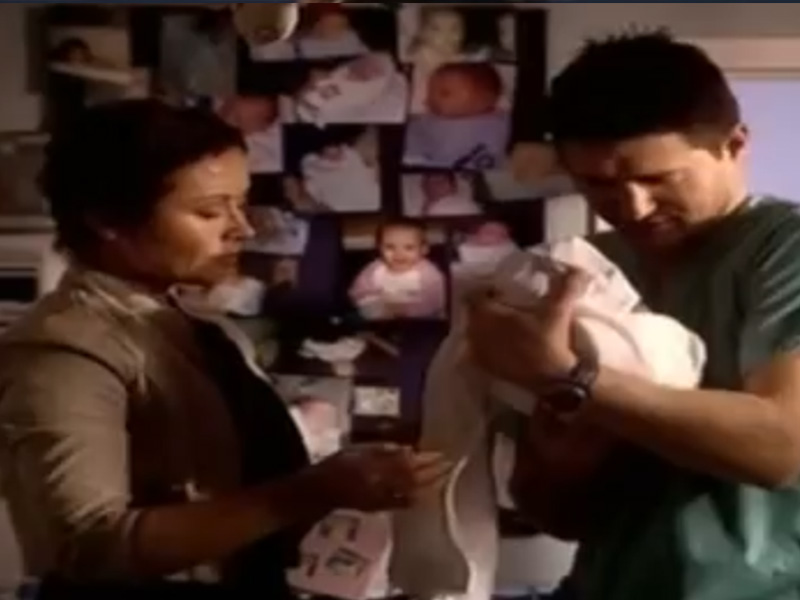 Connie and Sam are arguing about Connie’s earlier decision to take newborn daughter Grace off a ventilator, suspecting that Grace had no brain activity. When Elliot works out that Dr Chowdry had given Grace morphine just before her EEG, which affected the results, Connie confronts her. Meanwhile, Chrissie returns the results of Sam’s paternity test – Grace IS his daughter.

But when Sam confronts Connie with the news, Connie’s adamant that she still won’t let Sam have any contact with Grace. Frustrated, Sam confides in Faye, who tells him Connie will soon come around. And sure enough, that evening, an exhausted Connie is struggling to cope with Grace’s persistent crying and pages Sam for help, leaving Sam to play the proud father.

Meanwhile, Jac is under pressure from both Joseph and Lord Byrne: Joseph wants them to live together while Lord Byrne is offering to help her get a job in Edinburgh. When Lord Byrne’s influence results in Jac being bumped off the shortlist, Joseph mistakenly suspects that his father blocked Jac’s move for his sake. When Joseph thanks him, a guilty Lord Byrne reveals all about his own relationship with Jac.

Abra turns up at Holby and heads for Kyla’s flat hoping for a happy reunion, however she is in the middle of Harvey’s wake. Dan isn’t too pleased to see him back either.

A woman, Tabatha, is brought in with an aortic aneurism. Her sister arrives and the pair are at eachother’s throats. But she is saddened when Tabatha dies.

Meanwhile parents, Aiden and Sally, conflict over coping with foster daughter Macy, who was abused as a child.

* ‘We had a deal, you know that’ Dan tells Abra after seeing him back at Holby despite his promise not to return. ‘It wasn’t exclusive though was it?’

* ‘From where I’m standing it looks as if you’re Sutherland’s…’ says Mark. ‘Bitch?’ replies Maddy. ‘I was going to say poodle!’ he says back.

* ‘What kind of a man does that to his own son?’ Joseph says to Lord Byrne on learning of his affair with Jac.

* David Gray ‘The Other Side’ plays.