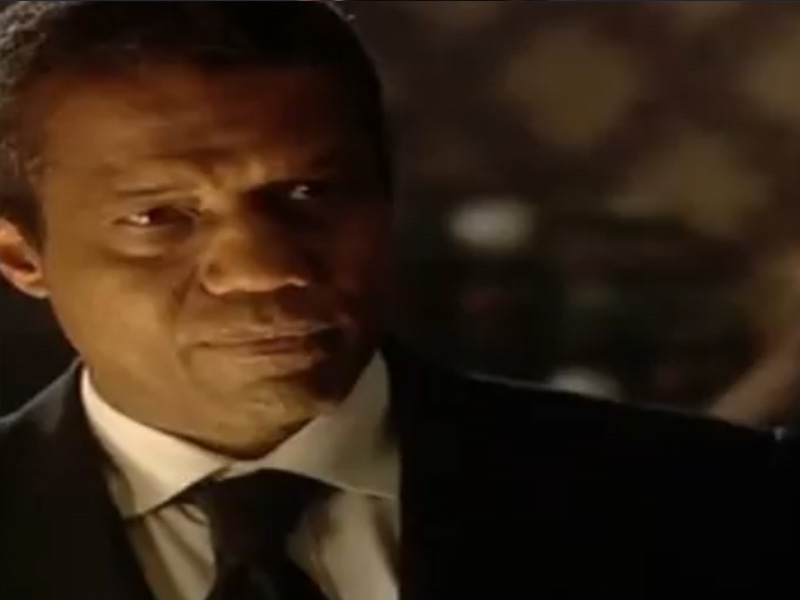 It’s the day of Diane’s funeral and, before the service, Diane’s mother Carol finds Ric in the hospital chapel and gives him a letter that she found in Diane’s flat. Ric is disturbed to read that his engagement to Thandie made Diane focus on what’s wrong with her life.

After the service, everyone gathers for Diane’s wake in the hospital bar. Diane’s parents become angry when they are approached by the train driver who killed Diane, but when he reveals that Diane didn’t try to escape from the car she was driving, Ric concludes that Diane actually tried to kill herself.

Elliot discourages Ric from mentioning this theory to Diane’s parents. But when Ric makes his speech he decides to say what he’s really thinking: that Diane committed suicide and that he should have done more to support her. Furious at Ric’s suggestion, Diane’s father Oliver punches him.

Later Thandie tries to comfort Ric and urges him to let her be his wife. Seemingly unconvinced, he agrees.

Connie visits her estranged father, William, in a Peckham hospital after he suffers a head injury from being bottled. However he has a more serious pulmonary condition and, unhappy with how he’s being treated, persuades him to come to Holby. Connie hasn’t seen her dad, since her mother’s funeral 12 years ago and she is upset learn that her mother was mentally ill and she didn’t know. Returning to her family home to collect an overnight bag for him, Connie is shocked to find that her old bedroom is a shrine to her success and she realises that her parents have always been proud of her.

* Carol returns a book to Ric that Diane had from him. ‘Poems by Keats’ by Arthur Symons. Enscribed in the front ‘To Diane, Something to take through life with you. Love Always Ric’.

* Diane’s letter to Ric read, ‘I think it’s best to keep things short, if not particularly sweet. We’ve been friends for a long time and all I’ve ever wanted was for us to both to be happy. It’s a shame we couldn’t find that happiness together. I know now that will never be the case so I wanted to tell you the news about your enagagement has helped me really focus on what was wrong with my life. I’m glad you found what you need. Goodbye. All my best Diane.’

* Connie offers Maria £150 to babysit Grace for the day.

* At the funeral, Mark reads the Keats poem ‘Ode on Melancholy’.

* ‘Spare me the professional mourners!’ Jac says despairing of Donna crying at the service. ‘Oh you’re all heart’ Maddy retorts.

* ‘Talk about billy-no-mates’ Jac whispers when she sees the lack of friends at Diane’s service.

* ‘Nice to see the area’s on the up!’ Connie says sarcastically on Peckham.

* ‘What is it about funerals and Scotch eggs?’ Elliot says at the wake.

* ‘Patch? What is this The Sweeney?’ Connie says to the Peckham doctor.

* Donna is remembering her last conversation with Diane, ‘I told her I liked her shoes but I didn’t – I wonder if she died in them shoes..’

* After Oliver hits Ric at the wake, Donna says ‘It’s the best flippin’ funeral I’ve ever been to!’

* Explaining about Grace to her Dad, Connie says ‘I wanted a baby so I went and got one!’.

* ‘You know what – I love my daughter’ Connie tells her father. ‘So do I’ he replies.

* Mark is disappointed at Ric’s outburst at the wake. ‘A true friend would never have said those things in there’. 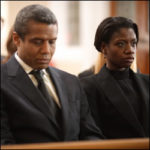