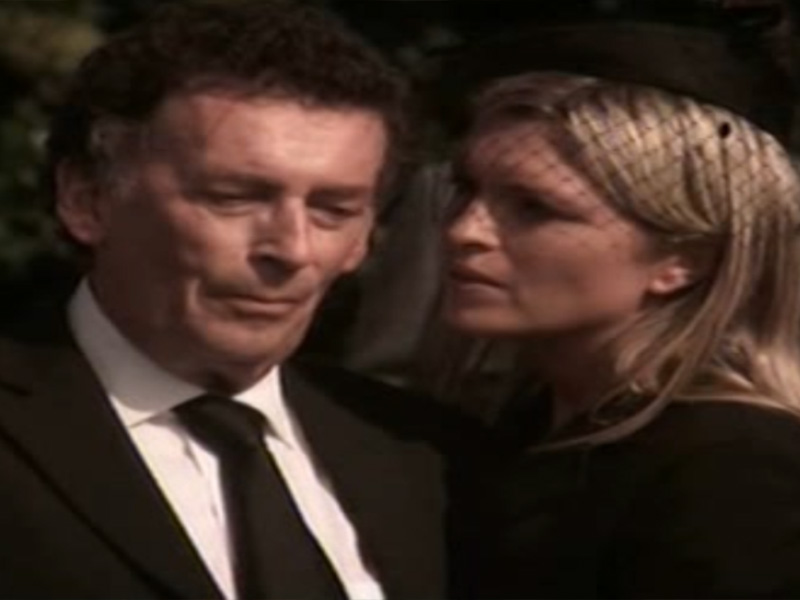 New consultant Dan continues to ask questions about the kidney transplant, as Abra desperately tries to cover his tracks. But then Dan makes another discovery – the used HIV drugs he has been sending abroad – which could land him in hot water.

Meanwhile, Dan suspects Jac of having wound up his ex and warns her that, if she wants to take him on, she will have a fight on her hands.

Elsewhere, Sam feels powerless when patient Jade decides to leave the department before he gets the chance to call Social Services. And when Connie reveals he is the father of her baby but doesn’t want him involved, his attempts to confide in Chrissie are badly timed.

It’s the day of Tricia’s funeral and Mark still blames himself for her death and decides to drown his sorrows.

After seeing the state of Mark, Elliot decides to return home for the first time since Gina’s death, with Joseph and Martha’s support.

Diane and Dan discover cancer patient Laurel is not the real mother of the two children – she infact abducted them from her solicitor when they were younger.

A number of patients are brought in following a shoot out at a supermarket.

* When patients are brought in with gun shot wounds, Dan says ‘I thought it was Holby City not Mosside’.

* Dan’s theatre songs include The Jam ‘Going Underground’ and The Stranglers ‘Golden Brown’.

* ‘Your involvement finished weeks ago!’ Connie harshly tells Sam. He replies ‘I can’t have this happen again’.

* Elliot has been sleeping in the on-call room since Gina’s death and still blames himself for letting her go ‘I held her hand and I allowed her to do it’.

* When Mark admits to Chrissie he failed the breathlyser, Chrissie comforts him ‘I don’t hate you – I don’t want to lose you as well’.

* Unbeknown to Connie’s pregnancy, anaesthetist Paul Rose blames single parents for gun crimes ‘Don’t you agree Mrs B?’. Later after a jibe about older mothers, Connie tells him ‘Being a mother is not about age. It’s a state of mind’. He jokes ‘So is senility!’.

* Chrissie looks hurt when Sam tells him about Connie’s pregnancy. ‘We’re not together’ Sam tries to tell her. ‘So you just decided to father her child?’ Chrissie replies. ‘I didn’t know anything about it’ Sam says. Chrissie ends ‘Then more fool you’.

* ‘Suction seems to be your thing!’ Dan teases Jac.