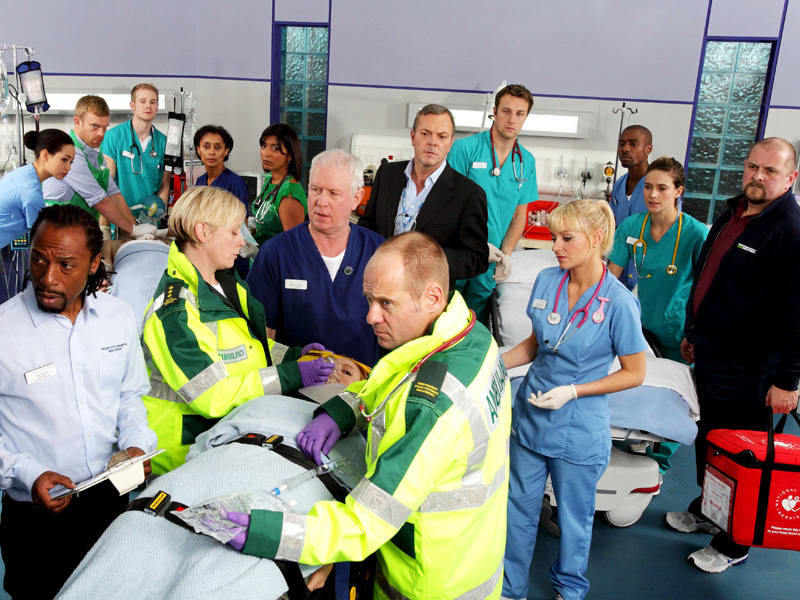 With no break between series and an earlier than usual series debut, Series 26 hit our screens mid-August and celebrated it’s 25th Anniversary in September. Following over 20 years filming in a warehouse in Bristol, the controversial move to a new studio in Cardiff took place as the series hit our screens and by the New Year, the episodes shown were filmed at the new location and also broadcast in high definition.

Mid-way through the show, Oliver Kent stepped down as Series Producer, to be replaced by Nikki Wilson.

Only 42 episodes were shown this series due to the Olympics over the Summer, which saw Casualty take another break from our screens.

In this article:Cas Series 26, Casualty Series