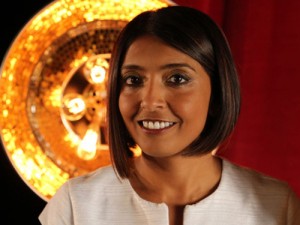 CASUALTY actress Sunetra Sarker has been confirmed as the latest celebrity to be taking part in the brand-new series of Strictly Come Dancing.

Sunetra, who plays Zoe Hanna in the medical drama is also known for her appearances in shows such as Doctor Who, Brookside and No Angels.

Sunetra said: “I don’t quite know what I’ve let myself in for… I’m in total denial! But the chance to swap my stethoscope for sequins was just too tempting. I am very excited to be part of the Strictly team!”

Sunetra is the seventh contestant to be confirmed for this year’s line-up and will be joining Mark Wright, Simon Webbe, Thom Evans, Alison Hammond, Judy Murray, Frankie Bridge and eight other celebrities as they compete for the coveted glitter ball trophy.