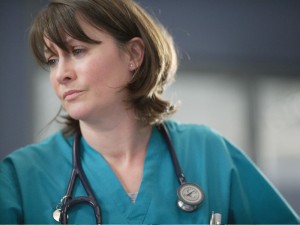 Former CASUALTY actress Susan Cookson is currently touring the UK in a theatre production of ‘Losing the Plot’.

Described as follows; ‘On Feb 1st Jack Munroe walked out on his job, his wife and his teenage children. Beside his bed was a copy of Hot Sex Tips and Which Caravan magazine. After travelling Europe for three months to write his much promised novel and live the life of an artist, he returned with no novel, no money and no idea why he’d left. In a world which is just on the edge, are we all losing the plot?’