Elle panics when she wakes one morning to find Blake has not been home, and an already tense situation is made worse when he arrives...More

Max is reunited with James, and old friend from medical school, who enters the ED with his fiancee Aisha after she falls victim to a...More

Connie distracts herself from her personal problems by trying to get to the bottom of the squabbles between Dylan, David and Louise, who have been...More

‘It Had to Be You’ : Alicia’s concerns about Ethan escalate when she discovers he hasn’t been sleeping, and has instead been keeping watch outside...More

‘Too Old For This Shift’ : The long-running medical drama returns with a special, feature-length edition marking the show’s 30th anniversary. Beginning right where the...More

‘Buried Alive’ : Despite their recent shared ordeal, in which Jacob proved the depth of his feelings for her, Connie decides she must forsake their...More

‘Black Alert’ : Flossy, an ailing elderly woman who was previously a heart transplant patient, arrives at the ED complaining of pains in her stomach....More

‘Avoidable Harm’ : Alicia’s day gets off to a bad start when she gets caught up in a fight outside the ambulance station, forcing her...More

‘Forsaking All Others (Part Two)’ : The big day finally arrives for carefree porter Max and and his senior consultant fiance Zoe, but matrimonial bliss...More

‘Knock Knock Who’s There?’ : Dylan creates a scene in front of his colleagues when he hits back at staff nurse Lofty, so Connie gives...More

‘Feeling Good’ : Ash disagrees with Dylan on how to treat a 19-year-old student’s suspected overdose. Zoe gets annoyed with Cal when he flirts with...More

‘Return to Sender’ : Connie has a complaint made against her, while Dixie continues to rage about Jeff – causing ripples through the department and...More

‘Go Out and get Busy’ : A wedding ends in disaster when the floor collapses, and as Robyn and Ethan assist the paramedics, it seems...More 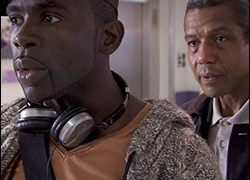 S15 E16 (29 Jan 13) : The Waiting Game by Matthew Barry Episode Summary Gemma fears for her life when an ex-patient takes her hostage...More 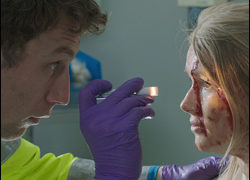 S26 E36 (19 May 12) Teenage Dreams by Matthew Barry Episode Summary A collapsed roof at a local high school brings a group of troubled...More