Actress Tara Moran had a brief spell in CASUALTY back in Series 8 as young nurse Mary Skillett. Tara, now 34, looks back on her time on the show with holby.tv…

It’s been over 10 years since you’ve been on CASUALTY, do you have fond memories from working on the show?

I have great memories – it was one of my first jobs and I was very excited to be on the show. I also met two good friends – Naoko Mori and Martin Ball.

Did you enjoy playing the character of Mary? What were your most memorable storylines/ moments to film?

Mary was a ‘good egg’!! She found dealing with death quite difficult – the storyline with an old lady who died alone affected her.

Yes – as mentioned, Naoko and Martin.

No – I don’t know why but I tend not to watch programmes I’ve been in! No explanation for that one!

Can you remember your first scene/ words filming on CASUALTYY? Were you nervous when you first joined the show?

I think my first scene was getting ready for Mary’s first day on the ward. I was very nervous!

Did being in CASUALTY increase your medical knowledge in any way? Would you be a good person to have around in an emergency?

My mother was a nurse for 30 years so my medical knowledge was always OK. I’m a good person to have in a minor emergency, I think – blood and guts don’t phase me too much!

What have you been doing since leaving CASUALTY? What have been some of the highlights of your career so far?

Eastenders, Touching Evil, Take Me, Shameless, plays at The King’s Head and Royal Exchange to name a few. I loved Shameless – the cast and crew are brilliant.

Not sure I have a ‘dream’ role, I just love working. I harbour a secret desire to do a musical but I can’t see that happening now! I also am a life long fan of Coronation Street – particularly now, it’s very funny!

You’re a keen supporter of Diabetes UK, can you tell us about your role in supporting this charity and why it’s close to you?

I have had diabetes for nearly 30 years now. Diabetes UK offers excellent advise, practical help and support for people with diabetes of all ages. It also informs the general public of the different types of diabetes and raises awareness.

I love travelling with my husband. We spend most of our spare cash going away. One of my favourite programmes is Holiday and I keep the ‘travel’ supplement from papers – sad or what?! We also enjoy eating out and going to the pub. Also going to the cinema – just ordinary stuff really! 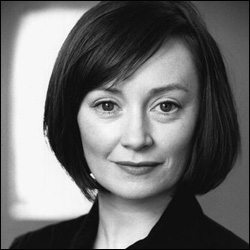 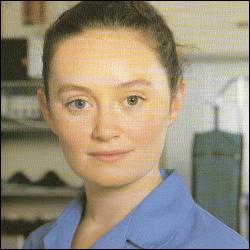