Viewers will see more of newcomer Will Thorp than they think, when his debut episode sees him being pulled out of a sauna naked by paramedics, after being stuck inside.

Murdered Fin’s replacement, Woody – real name Paul Joyner – who was due to start his first shift as paramedic at Holby ED that day but ends up becoming a patient instead.

‘Woody’s been having a relationship with this married lady,’ explains actor Will. ‘He’s in a posh hotel’s sauna. She asks him to come and see her next time her husbands away, but he says he can’t because he’s got to go to a football match – she then goes ballistic and locks him in the sauna!’

‘The paramedics are then called out to the hotel, where he is locked in the sauna with all this bondage stuff and fluffy handcuffs,’ laughs Will. ‘They break the door down and rush him to hospital with a little towel to cover his modesty!’

At first Luke and Nina are unaware of who he is. ‘They take him to the front desk so he can give his details,’ continues Will. ‘When they ask what his occupation is, he tries to wide step the issue but it eventually comes out when Josh appears and tells them that he is the new paramedic due to start work that day – it’s not a very good start for him.’

Woody looks sheepish but jokes that atleast they don’t have to bother with small talk now that they have seen him naked!

So how did Will react to his first scene? ‘Everyone’s nervous on their first day anyway but having to come in and on my first scene take my kit off and knowing nine million people may watch it is pretty daunting!’

However he did have a familiar face in the cast, having worked with Rebekah Gibbs (Nina) before. ‘We did a play – funnily enough I was naked in that as well. I guess it was like saying hello to an old friend!’

Woody is set to cause havoc and light relief in Holby with his black sense of humour and flirtatious behaviour. ‘Woody is a flirt and is always getting himself into trouble,’ says Will. ‘He’s got a wicked sense of humour and is a quick thinker – nothing seems to get him down.’

But not all colleagues warm to him – Comfort finds it difficult bonding with Woody, since he is replacing her murdered husband. ‘Comfort is not willing to take any of his flirty nature,’ he explains. ‘Woody is quite a joker and she’s not up for that but eventually he wins her over, because he’s not a bad person’.

Working on CASUALTY has been enjoyable for Will, as he used to live in Bristol, where the show is filmed, when he trained at the Bristol Old Vic. ‘It’s nice to be back in Bristol. I haven’t been here since I left drama school four years ago.’

Asked if he was anything like his character Woody, Will replied, ‘My sense of humour is quite similar but I’ve got more responsibility than Woody – I’ve got a wife, a baby on the way and a flat.’

Will’s wife is a sign language interpreter and they are both looking forward to the birth of their baby, which is due in January. ‘I’ll want the costume department to make a baby grow paramedic outfit!’ he enthuses. 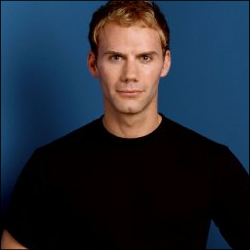 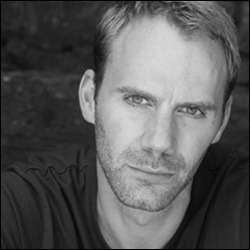