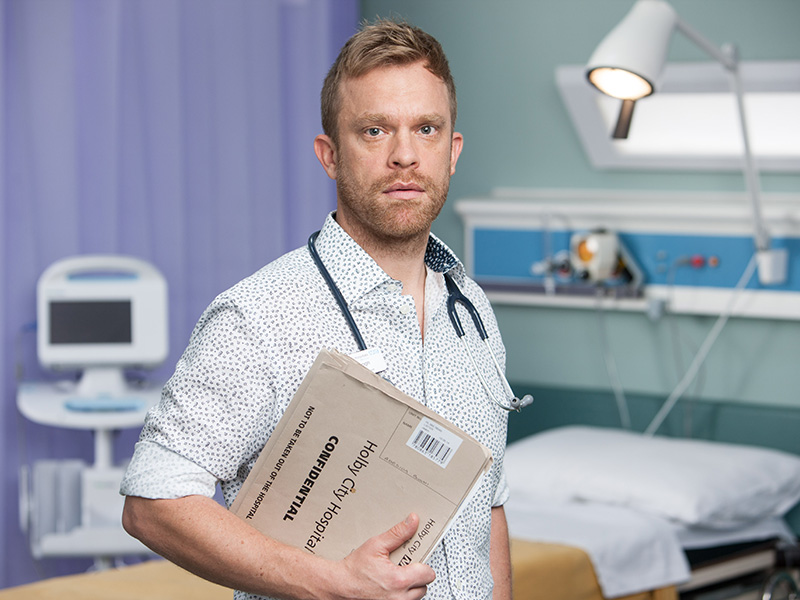 William Beck made a surprise but welcome return to CASUALTY at the end of last week’s episode and kindly chatted to holby.tv about his comeback…

What a fantastic surprise that Dylan has returned to Casualty – how does it feel to be back?

It’s just super to be back on the show! After last time I thought: “they’ll never ever let me back after that!”, but lo and behold that’s just what they’ve done! So from now on it’s no holds barred! What fun!

Have you found it difficult stepping back into the character after two years away or has Dylan’s character come back quite naturally for you?

Getting “into the skin” of a character like Dylan provides some terrifying hurdles. Whilst we are a similar height and weight, there are so many many things we don’t share! He likes tea, whereas I prefer coffee; he can swim- I can’t. The list goes on and on! But what we do share is a fascination for the pathology and provenance of obscure syndromes and illnesses, and a relentless desire to do battle with them until they’re wrestled to the ground. I’m confident we’ll have things cracked very soon- perhaps as soon as series 34.

There have been a number of cast changes since you were last here, are you enjoying working with the newer cast members as well as the familiar faces?

There does seem to be hundreds of new characters doesn’t there? Most of them seem ok- apart from Lofty of course. And Rita. And Lily, Ethan and Cal. They’re trouble- mark my words. But Connie’s a pussycat, and as we all know Dylan’s a puss person. So watch this space…..!!!

How were you approached into coming back to the show?

Well- that’s a very interesting story. My wife and I had been having a coffee in Southampton, where she lives off and on. We’d been chatting about work and whether she should go back to her former position at the institute (she read Divinity at Christ’s) when the phone rang behind the shop counter. “It’s for you” said the barrista, “it’s your agent and it’s urgent.”- we’d both left our mobile phones at home!! I can’t remember the last time we did that but it’s probably over a year ago. I had to call them back once I’d got home and when I did I couldn’t believe my ears. Obviously I can’t divulge any details.

When we last saw Dylan, he had decided to leave because he felt it difficult being around his estranged wife Sam and Tom. Has their departure had any influence on persuading him to return to Holby?

I think Dylan will obviously miss Tom- their ‘bromance’ became perhaps the defining feature of episode 11 of series 26. He was Dylan’s match- not just on the chess board but between the sheets as well. As to Sam, well, let’s just say I happen to know they’re still in contact. Whether we’ll ever see that on screen or not is a matter for the higher powers, but don’t be too surprised if a few references to a certain grumpy medic show up in The  Musketeers!!!

Zoe and him have always been good friends, was she also a major influence on him coming back?

Zoe was instrumental in Dylan’s return of course. She books him as a locum for the day and 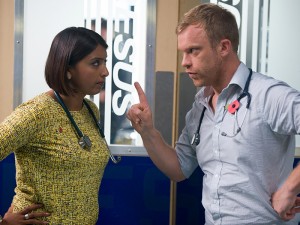 really nobody else could have done that. It’s lucky he’s free that day because often he’s out of contact.

What do we learn he has been up to since he was last in Holby?

The only thing we have to go on regarding his  time since he left the show is a strange collection of heavily printed shirts. When I saw them I said: “Mombassa?”. It turns out I was half-right..

How does the rest of the team react to Dylan’s arrival? Anyone he rubs up the wrong way?

Strangely enough the A&E staff seem to take to Dylan immediately. There’s warm welcome from those that knew him before- and a cake (yummy!)- and from all the new staff only smiles. All that is apart from sour-puss Lily.

Dylan is renowned for his detached, aloof manner with people and quick one liners – can we expect more of this in future episodes?

How have you found working in Cardiff again, do you like the city?

Cardiff’s a really first-class city with some genuinely good libraries and museums, so I’m right at home really. The nightlife’s a little quiet and it can sometimes seem like a million miles from Southampton, but working here is a real treat thanks to the many great restaurants and banks in the Bay.

You are now a father of twin boys, how are you enjoying parenthood?

The boys are already glued to the show and pretty vocal in their appreciation of it. Since I can’t be around during the day it’s great to be on the telly for them so they can see what Daddy’s up to. Of course we edit the language to suit and all the bits they shouldn’t see: I’m still convinced the show is too racy for under-fives. 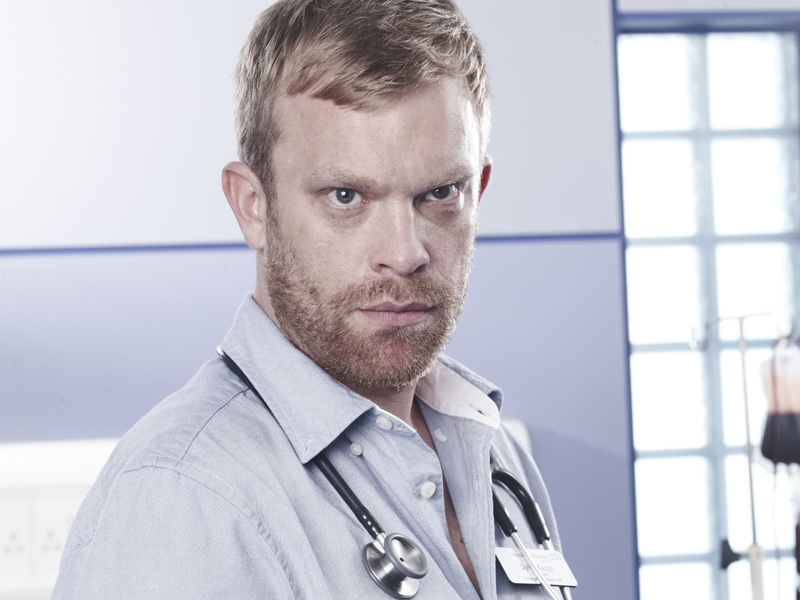 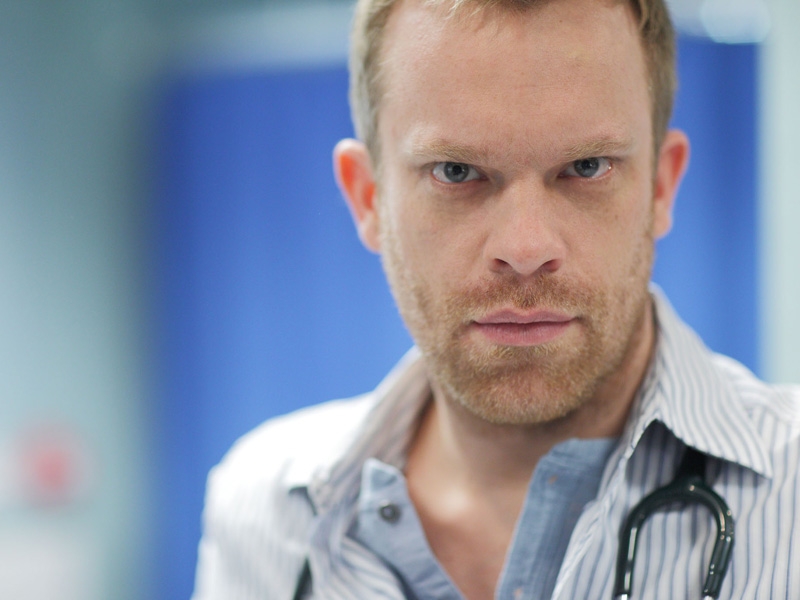