Most noted for her glamorous role of bitchy Tanya Turner in ‘Footballers’ Wives’, actress Zoe Lucker plays the role of John’s seperated-from-wife Kate, who lands a job as Station Reception Officer.

What sort of character is Kate?

Has her relationship always been so strained?

She has been married to John for about eleven years; he has always been too committed to his job because he’s a very focused police officer.

They ended up separating because John was never at home and they were making each other miserable.

So, even though they still love each other, the best thing they could do for the kids was to spend some time apart, assess their relationship to try and move on with their lives. They don’t want to raise two children whilst they’re arguing so much.

At the beginning of the series John and Kate are already separated, so she’s actually started seeing a new guy called Trevor. At this stage it’s nothing serious, he’s a friend and a bit of company but she still hankers after John.

She still iron’s John’s shirts for him though…

Ironing John’s shirts makes her feel better because he lives on his own. She’s always cooked his meals, done all of the washing and been a housewife. Now the kids are both at school she’s ready to get back to work, she wants to start a career and earn some extra money. It’s a way to keep busy because she feels a bit redundant.

Do you think she takes a job at the station to be near John?

Yes, there is definitely an aspect of that because she likes being around him and still wants to be part of his life. It’s nice that they can still work together and be friends since there is a huge amount of love between them. I also think the police profession and industry is all she knows because of John and the fact that he brought his work home so much.

It’s not all plain sailing though, how does she feel about his burgeoning relationship with Rachel?

Kate is annoyed with John because he lied about his relationship with Rachel: He looked Kate in the eye and claimed he hadn’t slept with anyone since their break up. So, when Kate is told ‘accidentally on purpose’ by Rachel that they have slept together, which is a horrible situation to be in, she’s devastated.

Kate is very different to the bitchy Tanya in Footballers’ Wives. What was it like playing two characters that are polar opposites?

Every time I received a script on Footballers’ Wives I would have to read between the lines for Tanya, because everything with her was calculated and preconceived. Tanya always had a plan, or she was in the process of making one! Kate on the other hand says what she means and there is no venom in her, unlike Tanya. When Kate says something, she actually means it. She’s an everyday person; her life is much less complicated than Tanya’s!

Since you played Tanya so well, did you advise Sara (Powell) on how to make Rachel really bitchy?

She did ask me how to deliver such cutting lines. I just said all you can do is enjoy them! I told her to think of all the people who have been really nasty and upset her in the past and pretend that she was speaking to them. People don’t say nasty things unless they enjoy it!

What has been your favourite moment on set?

I’ve had some lovely scenes with Kacey. During a scene she couldn’t get one of her words out and by the time she finally did, I couldn’t stop laughing. Those moments where you start giggling and you can’t stop are a nightmare because you know you’re going to get in to so much trouble, but you can’t help it! 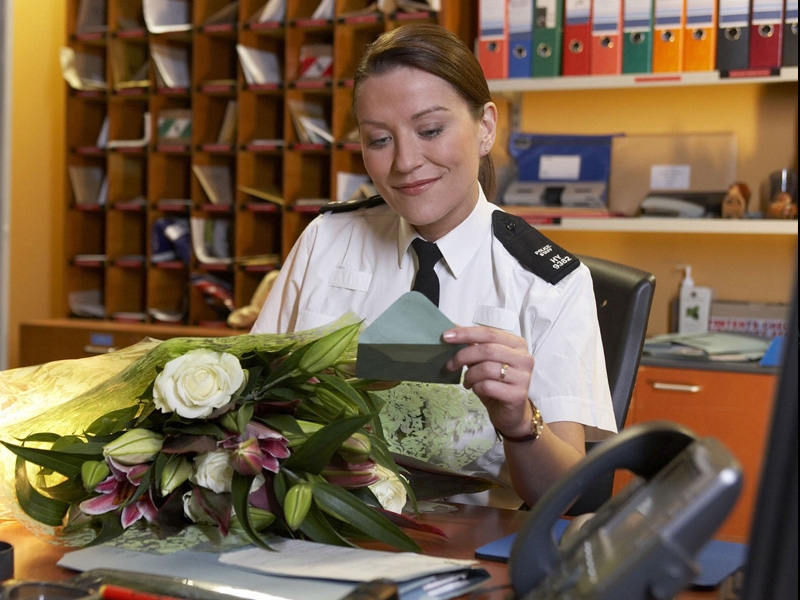 Zoe Lucker plays Kate Keenan, the long suffering wife of DI John Keenan, who feels the full force of her husband's past in the... 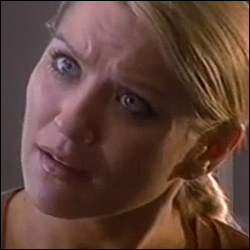