After a year and a half stint on the show, Adam Astill leaves his role as Orthopaedic Surgeon Dan Hamilton next week. Will Dan get his happy ending with Simon? Adam tells us more…

Up until recently, there was still a lot of tension between Dan and Malick, how have they been recently?

Dan’s happier than he has been for a long time. Although he missed out on the clinical skills teaching job, he’s ok with that and there’s a bit of banter going on between him and Malick now. It’s happy banter.. not the bickering or fist fights that it’s been in the past!

Then along arrived nurse Simon, how did Dan and Simon know eachother?

Dan knew him from his college days. Something happened in the past and clearly they were close but then he got in with the rugby crowd, maybe felt that he couldn’t pursue another lifestyle so shut the closet doors and they drifted apart. He hadn’t seen him for 16 years but when he arrived on the ward, all these emotions and feelings came back for Dan and he started to think could he?

At first Dan was quite jealous of Simon’s relationship with Malick?

Yes they get on well but purely as friends. Again there was a bit of professional bickering to begin with but then they go off and explore Holby’s gay scene for what it’s worth! Dan felt he couldn’t join in and was incredibly jealous. He tried to hide it but not very successfully.

But Dan finally sees a turning point in his lifestyle…

Eventually they end up going out, things started to progress but then Dan’s Dad comes into the ward having been in a car accident. Dan at first thinks he’s been drinking and driving again but blood tests shows there’s none in his system and that it’s actually something far more serious.

How is Dan’s relationship with his father?

His dad is Dan’s absolute hero, this legendary Neuro-Surgeon but he also comes with a very conservative attitude. It doesn’t excuse but does go some way into explaining perhaps why Dan is the way he is and why he hadn’t just flung open the closet doors! The situation takes Dan and Simon’s relationship back a few steps. Simon was very understanding but Dan knew things couldn’t work unless he sorted things out with his Dad.

A brilliant actor called Nicholas Jones who’s a fantastic stage and screen actor and was a joy to work with. There were some very emotional scenes, and it was tough to play. But I’ve been very lucky with this exit storyline to get actors of his calibre and also Paul Nicholls to be part of it. It’s made the bitter pill a bit easier to swallow.

Was it you decision to leave?

It was a mixture of the two. I think the way the character has gone, I think it is a natural end to his story. I didn’t want to be left in a show with not much to do. I think they felt Dan had fixed enough bones in as many interesting ways as possible.

Fans love seeing what’s happening between the characters, but Holby is a medical drama. The hospital is the star of the show and people do love to diagnose the illnesses and watch the operations so I think it was felt by all of us that it was time for him to go before the character got tired. Without giving too much away he does leave in good, happy and somewhat heroic circumstances.

Does he find his inner peace?

He does. There’s certainly hope for the future.

Just playing Dan is exhausting so to be in his shoes must be unbelievable exhausting, having had to live a lie. A lot of people have said to me they’ve been through that, either in writing or stopping me in the street. Certainly in this industry there are a lot of gay men thinking they know exactly what he’s going through.

What plans have you got for after Holby?

I haven’t done any auditions yet. I’ve got a young family so want to spend a bit of time with them first and then have a look around and see what’s available. It s tough all round, so quite a scary time to be unemployed! But Holby was never going to be forever despite it being such a great place to work. As an actor, you want to do different things. The producers have said kindly there is opportunity for Dan to come back now and again which would be lovely. There was life before Holby so I’m hoping there will be life after. I’m looking forward to whatever comes next.

Was the work schedule on Holby quite demanding?

It can be; peaks and troughs. When you’re not very heavy on a storyline then you do get a bit of downtime which is great but filming my exit storyline was pretty full on. I’m looking forward to having a break.

Did you have a leaving do?

Yes but nothing too raucous. They showed me a DVD of my best bits, they’d manage to dig out my appearance in Secret Diary of a Call Girl! Lots of people came and were very sweet but I managed to hold off the tears till no one was looking!

I hope so, everyone says stay in touch but then life gets in the way but it’s the first time in any job, any industry, that I’ve had such a good time and met some good friends. And as I’ve said there’s always a chance we could see Dan again even if it is just for the odd episode.

Did you get any leaving presents?

I did. I got Selfridges vouchers, flowers, a copy of this DVD which will be nice to have a laugh at in years to come. Bob Barrett bought me a book ‘Gay life stories’ which I’m looking forward to reading?!

I will miss this place but it’s the people that make it great. Not just the cast and SA’s but the whole crew.

What would be your dream role?

I’d like to play somebody cool just once! Homeland, something like that but what I’d really like to do is theatre, something like Shakespeare. Hopefully in the not too distant future you may see me tredding the boards! 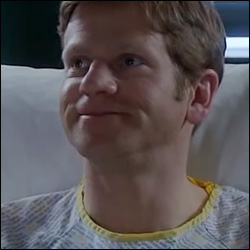 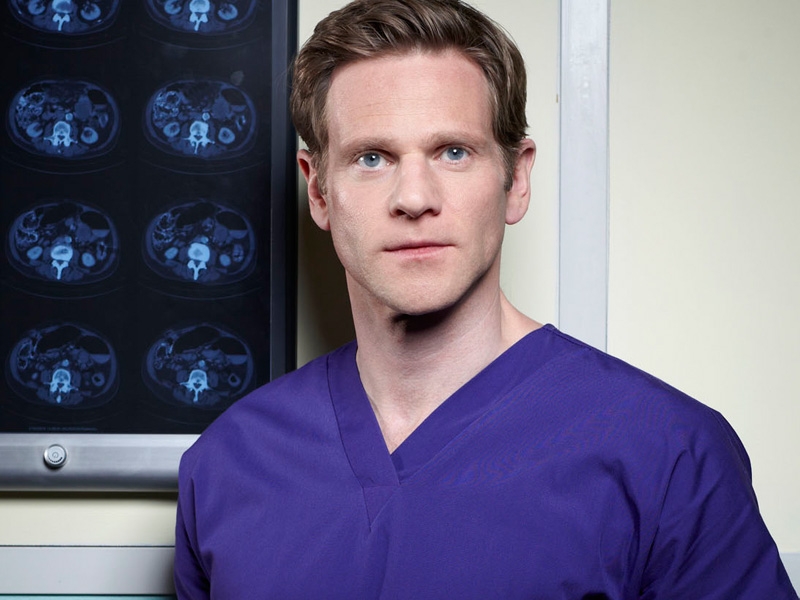 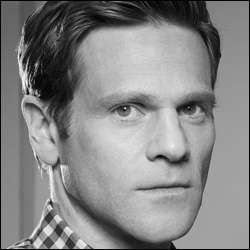