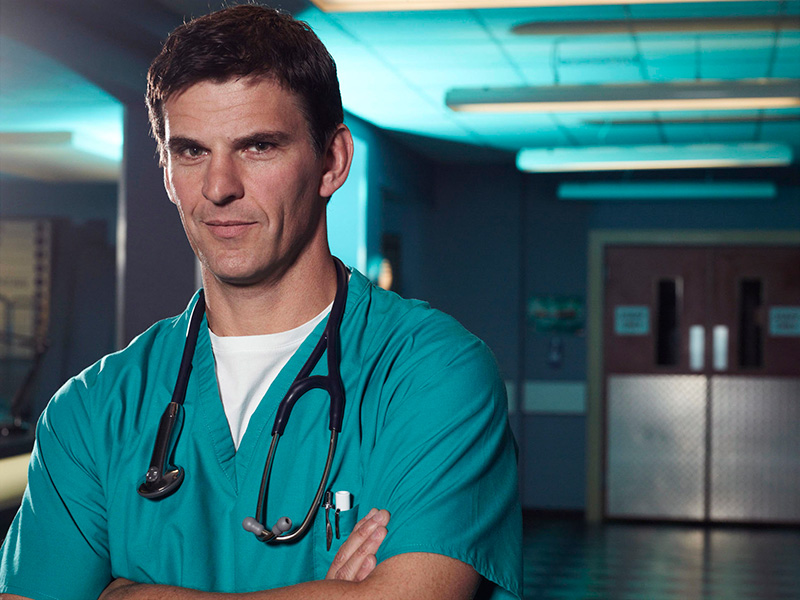 Dr Trueman has it all, some would say. He’s charming, good looking, cool and confident. He is also a hit with the ladies, and is very flirtatious. Above all that though, he is a great doctor. He focuses totally on his patients and is dedicated to his job, wanting to do it Adam’s weakness is not letting people get close to him – he won’t let himself get attached or emotionally involved with anyone. Orphaned when he was eight, Adam has learnt to protect himself, and to avoid feeling vulnerable, the way he did as a child.

We are first introduced to Adam in S22 E3. During his daily run, he comes across a mentally-ill woman who he saves after she threatens to jump from a multi-storey car park roof. His unorthodox entry certainly raises eyebrows from staff particularly making an impression with female staff. In S22 E8, Adam takes Toby under his wing to give him the expertise he desperately needs. He commandeers a dead body and sets about his unorthodox training methods. The department is divided over the ethics of his actions. In S22 E9, someone is writing a derogatory blog on ED and suspicion falls on Adam. In S22 E11, Adam still denies being the blogger and enlists TC to help clear his name. However a few episodes later, the culprit is found to be TC. In S22 E19, it’s New Year and Adam and Alice get stuck in a lift along with a woman who is in labour. Adam is claustrophobic, so it falls to Alice to help deliver the baby. In S22 E21, Adam attends an engagement party where he ends chatting up a woman named Jessica. After spending the night together, in S22 E22 the pair say goodbye, assuming their paths won’t cross again. However Jessica arrives in the ED as an agency nurse. They are surprised to see eachother again but are forced to work together. Adam is initially cold, but Jessica is calm and professional – albeit unnerved by the situation. Jessica’s expertise impresses both Tess and Adam. In S22 E24, Adam struggles to deal with an autistic child patient and argues with Jessica over his treatment. There is still a spark between Jessica and Adam, but Jessica tells him she is not looking for a relationship. In S22 E25, following Ruth’s suicide attempt, the team gather at the local pub. Zoe and Adam share a kiss, but write it off due to incompatability. In S22 E27, Adam covers for Jessica but feels foolish when he realises his lie was unecessary. In S22 E28, after Harry is told to leave – Adam rejects his offer to take over his position. In S22 E32, Adam reveals a family secret to a patient; Jessica is hurt that Adam hadn’t told her. Later, she starts to open up to Zoe and hints about her feelings for Adam. In S22 E33, Adam treats a male rape victim. Throughout the night shift, Adam flirts with Jessica and suggests they have breakfast together. Jessica almost agrees but, at the last minute, can’t make it. We soon discover Jessica is married to surgeon Sean Anderson. In S22 E34, Adam sets out to impress Jessica. With Alice as his accomplice, he whisks Jessica away for lunch in his car. The lunch has been cooking on Adam’s car engine – which Alice has had to drive around the car park for an hour. Jessica is won over and they share a kiss but, catching sight of her husband, she breaks away. Adam walks off, and doesn’t look back. In S22 E36, an incident in resus leads to staff uncovering Jessica’s marriage to Sean. Adam is astonished whilst Zoe (who has been sleeping with Jessica’s husband) is also stunned. In S22 E37, Zoe and Adam are still reeling from the revelation that Sean and Jessica are married. Adam feels he can’t trust women any more. Jessica tries to approach him, but he walks away. As the shift ends, Adam feels that he might have acted hastily, blaming Jessica and shutting her out. He approaches her to talk but, as he starts to speak, Sean appears. In S22 E38, Adam and Jessica snipe at each other all day, but at the end of their shift they agree to stop bickering and work as professionals. However, instead, they fall into one another’s arms. Next episode, Jessica and Adam have been flirting until Sean appears and Jessica panics. They argue but make up passionately. In S22 E44, Jessica and Adam are excited about going to Alice’s birthday party that evening and are clearly enjoying every moment they spend together. Sean then arrives in ED with his and Jessica’s two children in tow – he has a problem with childcare. Jessica trusts Adam enough to ask him to help out and, despite himself, Adam bonds with the kids. In S22 E45, Jessica’s son is brought in after being hit by a car. Jessica’s agony is compounded because she ignored the call from her childminder as she was in bed with Adam. Jessica takes her woes to God. If he will only make her son better, she promises to give up Adam, for good.

The new series starts in S23 E21, with Adam attending a shout with the paramedics and a film crew on the rough Farmead estate. Adam shows off his heroics as they have to an escape a burning building along with their injured patients. In S23 E2, Tess is brought in after being seriously injured. Adam takes command. His ability to pull the team together makes him the ideal candidate to take over as clinical lead at the hospital. He battles hard in a crowded resuscitation room as the team works valiantly to try to save Tess’s life. In S23 E3, the staff are in disorder with no clear leadership. Adam wrongly declares a patient dead and later is at loggerheads with Zoe. In the midst of their arguing – Nick Jordan arrives and announces himself the new Clinical Lead and stops to give the pair a verbal dressing down. In S23 E4, Adam clashes with Jordan and tries to find out why the previous surgeon has come down to work on ED. In S23 E6, Adam hears that Jordan received a large bonus to join Holby, he sets about spreading the gossip. However he is made to look humiliated when Marilyn presents a piece of equipment to the team and reveals that Jordan generously bought it. In S23 E7, Adam wakes up next to Susie – last night’s catch. Supposed to be working, Adam is off somewhere having his wicked way with Susie – who’s spiked his drink – and his absence hasn’t gone unnoticed by Jordan. A tipsy Adam later returns to work and is given a dressing down by Jordan. When Adam injects a patient with medicine that Toby has already administered, and she starts fitting, Toby covers for Adam’s mistake, but Jordan knows something’s up. In S23 E8, Jordan wants to get to the bottom of the accidental overdose incident, and is surprised when all the staff vouch for Adam. Jordan tells Adam he won’t be taking the matter further, but orders him to see duty counsellor Ben straight away. In S23 E13, Adam is forced to confront his past when he has to treat two little boys trapped in a crashed car. He bonds with the youngest, Joe, but is devastated when he is unable to save Joe’s brother or mother. Adam visits his brother, Alex, a wheelchair user, to assuage the guilt that has plagued him ever since he freed himself, but not his brother, in their own family car crash. Dealing with Joe and his family has brought all the memories flooding back. Next episode the pair meet up again and Adam confides in his brother about his relationship with Jessica. In S23 E15, Adam is left reeling at the news that Jessica is moving to Saudi, after a day out with his brother, Alex, during which Alex reveals his condition has worsened, remains in denial. In S23 E16, Alex is brought into the ED after suffering burns whilst attempting to cook and is angry when Adam tries to take control of his life. Meanwhile a pregnant Jessica is upset when Adam mentions in coversation that they never would have worked as a couple. In S23 E17, Jessica is brought in after a fall at home. As Adam treats her, he tries to hide his shock as he discovers that she is more than five months pregnant. Adam later conspires to talk to Jessica, as he realises he could be the father, but Jessica is steeled with a renewed commitment to her family. The moment shared between the pair doesn’t go unnoticed by Sean, who starts to put two and two together. In S23 E18, Jessica confesses to Sean about Adam and is relieved when he forgives her. However, she later discovers that forgiveness was the last thing on his mind and that he has hatched a plan to abduct their children. In S23 E20, Adam books Alex in for an operation which he hopes will improve Alex’s condition. The brothers, however, clash over the op and Alex is not sure he wants to go through with it, but in the end makes the decision to do it. In S23 E21, Alex’s surgery is unsuccessful and he confides in Jordan that he wants to sign an Advance Directive but doesn’t inform Adam. Next episode Adam is still finding it difficult to address his brother’s worsening condition and turns away Jordan’s attempts to help. In S23 E23, Jordan is faced with an impossible situation when Alex is rushed into the Emergency Department, having taken an overdose. He grapples with his own demons as he makes the decision whether to honour Alex’s Advanced Directive. When Adam discovers what has happened, his world comes crashing down and, desperately upset, he demands that Alex receives treatment. Jordan and Adam nearly come to blows in Resus and Adam is left trying to save Alex on his own, as his colleagues look on. In S23 E24, Adam is devastated following Alex’s death and wants to prove that Jordan should have treated his brother, despite the Advanced Directive. He challenges Jordan’s actions and raises the issue with both hospital management and the coroner’s office. Later, Adam returns to Alex’s home, where he discovers things he never knew about his brother. While watching the video message his brother left him, he starts to see more clearly and steels himself to go down to the morgue – where he is joined by Jordan. The men finally talk and Jordan echoes Alex’s words – that Adam cannot blame himself for Alex’s disability – and that there are some things in life that are out of their control. 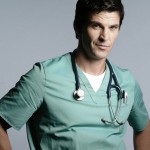 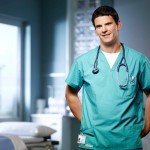 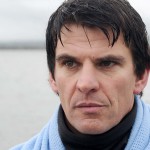 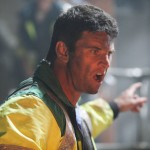