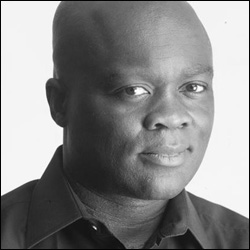 HEALTH : In February 2007, Eddie was diagnosed as having Hodgkin’s Lymphoma, and kept a blog of his treatment and reactions. In 2008, he said ‘It was tough, but luck, friends, family and ignorance pulled me through. I had my last dose of chemo on September 28, 2007, and (touch wood), I am now officially in remission. I was lucky, they caught it early and that can make all the difference when dealing with cancer.’

TELEVISION CREDITS : Casualty; Starstruck; The Real McCoy; Prime Suspect 2; Desmonds; Black and Blue; Once Upon a Time; Escape from Kampala; Here and Now; Chilling Out; Midnight Breaks; I’m in Charge Here; Sparks; Dempsey and Makepeace; The Bill; The Canterbury Tales; Sea of Souls

Eddie is a BBC radio presenter.