Frank Gallagher is Max Gallagher’s wayward son. He is introduced in S13 E7, when we see him round at a friends house, buying some heroin. Later he is out in the town when he spots a police car. Having already taken the heroin he tries to head away from the car but the police have already spotted him and follow him. They take him back to the station and put him in a cell. Max comes to pick him up. Max asks Frank how much he’s spending on heroin and tells him horror stories about people who’ve come into A&E after taking substances they thought were drugs. Max tells frank he needs treatment. Frank denies having a habit; he says he just happened to get caught with some stuff on him. Frank asks him into his flat when they arrive there as Max hasn’t seen it. Max agrees but then his bleeper goes and he says it’ll have to be another time.

In S13 E8 we see Frank come out of his flat with a girl. he tells her they did all of his drugs last night and asks if she has any more. She hasn’t, and she goes. He knows he needs something more and in desperation he throws himself down some stone steps. An ambulance is called and he’s taken into A&E, and treated by George. He’s just got a sprained wrist and a few bruises. She says they’ll give him painkillers, not what he really came in for. No one in A&E knows he is Max’s son. George tells Sunny to take Frank to a cubicle. He asks for a second opinion, and she asks Max to see to him. Max sees that the patient is Frank and quickly makes excuses so he doesn’t have to see him. Later, Frank discharges himself. Max asks George about the “young addict”, and she tells him that he’ll be fine.

Frank is brought into A&E again in S13 E11 after overdosing on drugs. This time Max has to treat him. Max is rough with Frank and not very professional and Mark asks him to leave. Mark and George wonder how Max knows Frank as they realised Max called him by name. Max later reveals to George that Frank is his son. Back in the cubicle, Frank has come round properly and wants to leave. George tries to persuade Frank to stay and offers him rehab, but he refuses help and says she only wants to help him to earn Brownie points with Max, now she knows who Frank is. Frank starts to walk out of reception but George tries to stop him. George tells Frank that he’s selfish, that there’s no-one in his world but himself. Max approaches and tells her to leave it. Frank says, “She’s right, Dad.” He says there’s no-one in his world but him; there never was. That Max, his dad, only cares about himself. He leaves, saying he’s going for good.

In S13 E16 Max tells Duffy that Frank has upset his mother, and has taken some of her jewellery.In S13 E18 Frank talks to Alison Connell on the steps of a church shelter for the homeless. He asks about her baby, as she was pregnant last time he saw her. She shows him her baby, which she’s carrying around in a bag. She did not have him in hospital. Frank persuades her to go to hospital but she is not keen, as she thinks they’ll take him away from her. She eventually goes, but she does not go in and leaves the baby outside in its bag. When she gets back and tells Frank he phones the hospital and tells them. Eve finds Frank in the toilets about to take some drug. She and Gerry are about to throw him out, but Marius persuades them to give him another chance. He says Frank’s as desperate as the people they helped in Romania, but in a different way. Gerry makes Frank do the washing-up. Alison joins him in the kitchen, looking at the photo. She says she misses her baby and wants him back. Ryan comes in and grabs Alison, asking for his photo back. Frank tries to get him off her; Ryan grabs some scissors and stabs him in the chest. Josh and Penny arrive and Josh recognises Frank and tells Eve he’s Max’s son. At the hospital, Max insists on treating Frank himself. He is operated on in resus then taken up to theatre – the operation goes well.

During the next episode, when Frank has recovered a little, Max tells him he’s proud of him but Frank doesn’t want to know. Max says he feels guilty but Frank leaves. In the corridor, Frank spots a young boy with is father and goes back in. This time Frank apologises for everything he’s done and Max says he prayed that he’d get better. The two hug.

In S14 E18, Frank turns up in A&E. He tells Tina he’s now a drugs counsellor, and flirts with her. He’s brought with him a patient who is on methadone to kick her drugs habit. She’s run out and all the clinics are closed so Frank has come to A&E to try. Max tells him they can’t help. Later, Jacqui goes missing and Frank goes to her home to find her. She has taken drugs and is unconscious. Frank calls an ambulance and she is taken to A&E. Max tells Frank he saved her life, and says he’s proud of him. Later, Tina asks Max why he didn’t tell her about Frank’s new job. He says he didn’t tell anyone so he wouldn’t have to tell them when it all went wrong. Tina says he should have more faith in Frank.

In the next episode, Frank finds an overdose patient and looks after him until an ambulance arrives. We also see Frank talking with a client, Angela, at the drug addiction rehab centre. In S14 E20, Angie goes to see Frank again at the centre and tells him she needs money for a train ticket. Frank says he’s not going to give her money for drugs. He tries to persuade her to let the clinic help her become clean, but she doesn’t want to know. She is later involved in an accident while Frank is passing. He has borrowed Max’s new car and he takes Angie to A&E in it – she bleeds all over the seats. Angela had mugged Adam a few days earlier and is recognised. Frank persuades Adam not to call the police – that Angela is desperate and a victim herself.

In S14 E22, Frank and Max have lunch together. Frank is giving a talk that night to some teenagers about the evils of drugs; Max offers to come along for moral support. He gives Frank his father’s watch; Frank is pleased, but leaves in a hurry and forgets it. When he gets back to the drugs centre, Frank is involved in an argument with some drug dealers outside who threaten him. They chase him in their car, open the car door, knocking him over. Then get out a can of petrol and light a match. He’s set alight. He’s not recognised when brought into resus. His mobile starts to ring and Sean answers it – it’s Max ringing him from reception. He realises what’s happened and rushes into resus, however Frank’s injuries are too severe and despite the best efforts of the team, he dies, leaving Max devastated. His funeral is held in S14 E24.

In this article:Frank Gallagher, Tobias Menzies 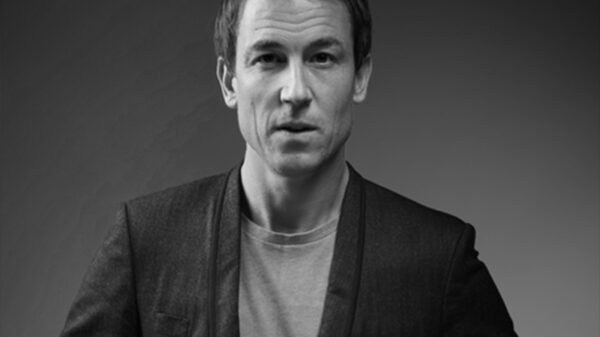