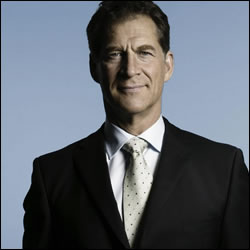 Children are not problems!

After Max’s sudden exit, tough new Consultant Harry Harper joined the team. Harry is a total professional, from the ‘old school’ way of thinking and manages to juggle his work with his busy family life – including his five children. However when he arrives in S16 E37, two of his children, teenager Jordan and his baby Daisy, are in tow after his child minder was told to leave by his wife Beth]. Harry already clearly sees how emotionally involved Lara gets with her patients, after a policeman’s wife is brought in after being attacked. Later, Lara and Simon both attend the Medical Registrar position interview. Lara hasn’t had the best of starts with Consultant Harry, so is dismayed to see him on the interview panel. Harry holds a meeting at the end of shift and invites everyone out to dinner. Next episode, Harry inform Simon that he has got the position. In S16 E39, an elderly cyclist is brought in with a thorasic aneurysm, but is told by Harry that he is unlikely to be allowed an operation because of his age, angering Simon. Harry also treats David Collier – the policeman attacked by Lara in self defence. He is seriously ill and about to go up to theatre – Lara urges Harry not to let him die. In S16 E40, Harry celebrates with the staff at the news he has become Consultant. He lets to slip to Charlie that he believes management pushed Max out of his job – Charlie is shocked and goes to confront Jan.

In S17 E1, Harry takes his five children to the Holby City Fair. Tensions are high as his 16 year old daughter Tally is threatening to leave home. However his help is needed elsewhere when a bungee jumper collides with a sky diver. Harry decides with all the traffic, an air ambulance needs to be called – but it quickly becomes a full scale emergency when the helicopter crashes after becoming entangled with the parachute. Harry is dismayed when he finds lives have been lost despite his heroic actions, but Tally decides to not to leave and tells him how proud she is of him. In S17 E3, Harry and Duffy attend Lara’s trial as witnesses. Harry and Dillon also clash with Charlie over how to deal with an illegal immigrant who has swallowed heroin. In S17 E6, Harry asks nurse Anna to help him choose lingerie for his wife over the internet. In S17 E7, Harry has to deal with Dillon and Simon, after they have a fight in A&E over Heather. He also treats Roxy’s daughter after she is brought in. In S17 E8, after a staff drink do, Anna ends up back at Harry’s house and they end up sharing an illicit kiss before she backs off. In S17 E9, Lara is released after her case goes to appeal. Jan is not happy about having her back on the team, however Harry and Charlie pull a stunt to get her back in A&E. In S17 E10, Lara runs over a dog on the way to work – Harry, passing by, helps and saves the dog. It’s Heather’s last day and Harry tells her he will give her a bad reference. In S17 E12, Lara gets heavily involved in a case involving a woman who has been beaten – Harry takes her aside trying to get her to face up to her own problems but she walks out. He later speaks to her again and she breaks down. Harry invites her to stay at his house with his family. Harry’s wife, Beth, is unhappy at having Lara staying and in S17 E14 is irritated when Harry invites her to stay for Christmas. In S17 E16, the wife of a policeman is brought in after a reaction to the ecstasy she took to relieve the symptoms of Parkinson’s disease. Lara wants to report the husband, but Harry decides to let it go. In S17 E18, Harry is angry when a young girl is brought in after an infection following a private breast enhancement operation. In S17 E21, Harry is out sailing with his wife, when he spots another boat in trouble. He finds it full of asylum seekers and foes to help, but regrets his actions after discovering he has saved the life of a murderer. In S17 E25, Harry is pleased to see Selena, who arrives to carry out a new drugs trial. In S17 E27, Tally persuades her mum, Beth, to take her for a promised driving lesson after Harry makes up an excuse for getting home late. The lesson turns into a nightmare when Beth grabs the wheel from Tally to avoid an oncoming car and crashes into a tree. Tally desperately calls for help, but can’t get through to Harry, who is having a secret dinner date with Selena. When Harry eventually gets to the hospital – Beth has died and he can’t bear to look at his daughter. Next episode, he is back in the department – the staff are surprised to see him and are worried that he is not coping well. They also give Selena the cold shoulder, after she was with him the night Beth died. Tally is staying with Lara, since Harry is avoiding her. In S17 E29, Harry fails to resuscitate a patient which brings back raw memories of Beth’s death – Lara takes him aside to comfort him. In S17 E32, Lara confronts him, suggesting his behaviour is causing patients to suffer. In S17 E33, the A&E department is under siege by a teenager brandishing a gun. In the commotion, Tally and Harry patch up their differences. In S17 E35, Harry sends Simon home after his angry behaviour towards patients and staff. By S17 E39, Simon is angry and realises that no-one wants him around and asks Harry for a transfer, but Harry refuses saying it’s a cowards way out. Later, Simon is called out to an emergency, Josh is unhappy with Simon’s treatment over a young boy and reports him. Simon is convinced Josh is out for revenge – but Harry is forced to suspend him.

In S21 E1, a number of staff are in Cambodia helping Duffy assist in with her new clinic. Guppy calls in need to Harry to help talk him through a bur hole operation on a boy. Whilst dealing with Guppy’s call, Harry is unable to save a young man who’s taken an overdose and he blames himself. Harry flares up at exchange doctor Somnang who makes a flippant mark about the case. However in S21 E2, Somnang manages to redeem himself as they treat patients from a bus crash. In S21 E3, Harry turns detective when a woman, Gemma, is brought in following a suspected overdose. Events lead him to suspect her GP of acting inappropriately. In S21 E4, Selena and Nathan are back together, but she wants to keep it from her colleagues. Nathan tries to undermine Harry by offering him a position which he would share with Selena. This plan backfires when it brings the friends closer together, which makes Nathan jealous. In S21 E5, Selena’s attempts to prove herself in her new position alongside Harry are causing more harm than good, and both Tess and Harry soon decide they have had enough. Matters aren’t helped when Harry finds Selena kissing Nathan. Following a recent announcement that the Holby ED is to close, in S21 E10, Harry is stunned when the NHS Trust offers him the job of running the new, ‘super ED’ which he has previously been against. With Holby ED closing, and more money and power on offer, Harry reconsiders all his options. In S21 E11, Harry decides to express an interest in the position at St James. With the Trust insisting that if he accepts the job he mustn’t resist the closure of Holby ED, he has to decide where his loyalties lie. But after talking to Ellen, he decides to turn down the job and support Holby. In S21 E15, Ellen is terrified that her cancer has returned. She goes for a scan and is on tenterhooks while she waits for the result whilst also confiding in Harry that she is worried she won’t be able to have children. In S21 E16, as Ellen searches for a woman with Munchausen’s Syndrome, she is hit by a motorbike outside the department. She is rushed into resus but the team are unable to save her. Harry is devestated. In S21 E17, staff members attend Ellen’s funeral. Josh angrily blames Harry for Ellen’s death and the hospital’s demise. Guppy later finds Harry crying in his office. In S21 E18, Charlie finds Harry upset in his office – he takes him up to the hospital roof where Harry is disillusioned with life and devestated by Ellen’s death. When Charlie leaves Harry to contemplate things, he finds a suicidal patient also up on the roof. She has nail-gunned her hand to scaffolding and Harry helps treat her. At the end of his shift, Harry decides to run for the local bi-election. In S21 E20, Harry acts on Maggie’s advice that he needs to be more personable if he wants to succeed in his election campaign when he comforts a distressed Alice – but Nathan sees an opportunity he can’t resist. Next episode in S21 E21, Harry is suspended by Nathan, after he persuades Alice to make a formal complaint of harrassment against him. In S21 E23, Harry’s had enough when news of Alice’s harrassment claim is leaked to the papers. Still feeling regret over making the claims, Alice looks into Harry’s confidential file to see if Nathan’s story that others had complained against him are true but is upset to find out he was lying. As Harry confronts awaiting press, Alice comes forward to say she is withdrawing her complaint against him. In S21 E24, Harry is on the last leg of his campaign trail to save the department from closure but he gets caught up with a case at the hospital which displeases his campaign manager. However the staff are delighted when it is announced he has won the bi-election. In S21 E25, it’s Harry’s last shift but he’s determined that no fuss be made, but Nathan slips up when he arranges a speech infront of everyone. Meanwhile staff suggest a ‘buddah day’ in his honour – an attempt to not have any deaths on that shift. Selena later gives Harry the push for him to embrace his new job and the staff are able to give him the send off he deserves. Later in their office – the pair share a passionate embrace and a jealous Nathan walking past, witnesses their kiss. Next episode Selena is elated at having spent the night with Harry who has left for his new job but hopes to hear from him. But Nathan puts the mockers on her romance when he claims flowers Harry sent are from him and deletes Harry’s text from her phone. This leads to Selena leaving a message for Harry saying their night together was a mistake. 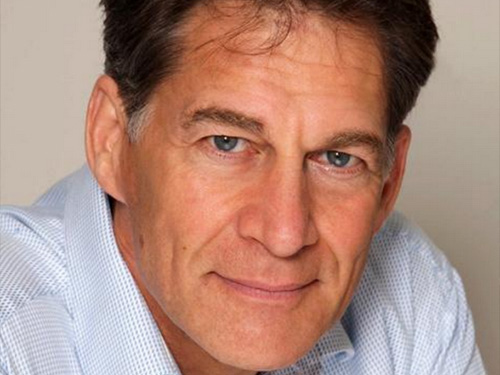 holby.tv was honoured to be in attendance at Simon MacCorkindale’s Memorial Service on Wednesday 12th February. The former legendary CASUALTY actor, who played Harry...