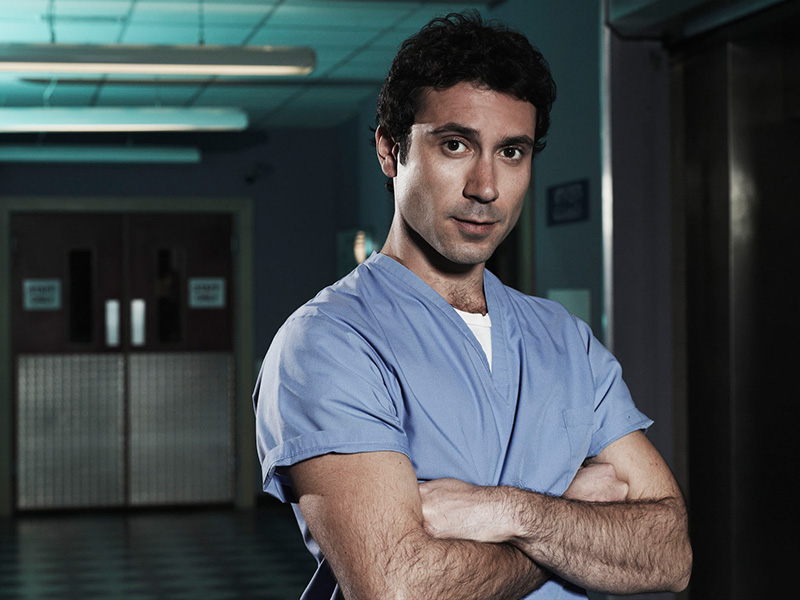 Despite being good at his job, Jay sees working at the hospital as a chance to flirt with the ladies and enjoys playing the prankster. But Charlie warms to him, seeing him as how he used to be when he was younger and is determined to push him further, whilst Tess needs more persuasion.

We are first introduced to Jay in S23 E8, as Charlie and Tess do interviews for Abs’ replacement. Whilst one candidate struggles, another, Jay, is far too confident for Tess’s liking. So when Charlie takes a shine to Jay and offers him the job, an unimpressed Tess fears he’s made a big mistake. In S23 E10, Jay annoys Tess on his first day by getting too involved with the personal affairs of the road accident casualties. In S23 E13, Jay and Kelsey play tricks on Big Mac, much to his annoyance. In S23 E17, Jay is convinced that he has witnessed a Christmas miracle – until his patient dies. In S23 E19, Jay rescues Toby, who is trapped in a sinking boat. In S23 E27, Kelsey is thrilled to have won £50,000 on a scratch card and delivers a few home truths to colleagues as she hands in her notice. She is furious, however, when she discovers that she was set up by Jay and that the cards were a joke. In S23 E28, Jay offers to buy Kelsey’s plane ticket in regret for the practical joke he played and in assumption that he probably wouldn’t last long at Holby anyway. However his ability to connect with people is his hidden strength as he treats a patient and Charlie persuades him to stick with nursing. In S23 E32, Jay sees Ruth alone in a bar and his attempts to flirt with her don’t go down well. In S23 E33, Ruth is in need of a date for the surgeon’s dinner, so asks Jay to escort her in exchange for payment. He successfully acts out the role, but breaks the rules when he asks for a goodnight kiss.