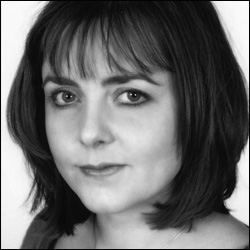 ON HER SISTER : ‘I’m very proud of her, there’s no rivalry, everyone asks that, but there’s isn’t. We’re too different.’

STUDIED : Went to Ann Scher’s Theatre School at the age of six. She took ‘O’ and ‘A’ Levels, and did two years of an Open University degree in Clinical Psychology.

LIVES : In Bristol. ‘It is more civilised, more friendly, more countryside. I have a lovely community here now, but I do miss my old mates in London.’ She has previously lived in squats and housing co-ops.

PREVIOUS JOBS : Lisa spent a year in Botswana teaching English. She also did life modelling for artist Euan Oslow, a variety of voluntary work and sang in a funk band called ‘The Hot Heads’.

ON JUDE : ‘The producers wanted an alternative looking girl, someone who at first glance doesn’t look like a typical nurse. Originally she was supposed to have a shaved head, but I’d just grown my hair, so I suggested dreadlocks would be wacky’.

LIKE JUDE? :’I guess I am. Though I like to think a little more mature, and not as hard working, and not a selfless. We’re similar in our political leanings (being the Union Rep). I like to get involved in a good cause.’

ON NURSES : ‘Nurses do a brilliant job, I hope I’m depicting them properly.’

ON NOSE PIERCING FOR THE PART : ‘No-one asked me to do but I went ahead anyway. It was pretty painful and I keep catching it on things but I’m getting used to it now.’

IF SHE COULD HAVE PLAYED ANY OTHER CHARACTER IN CASUALTY : ‘I would have been a surgeon, as you don’t see enough women in high up jobs on TV.’

REAL LIFE CASUALTY INCIDENT : ‘I was doing a spot of DIY and the house was a it of a building site at the time. I didn’t have a light switch in the hall and I came in one night, tripped over some bricks in the dark and hit my head. I started being sick and my pupils were different sizes, which I’d learnt from CASUALTY was a sign of concussion. I was kept in overnight at the hospital, but it was nothing really. Except I was treated by the medical advisors on the programme, who recognised me. I was sick, I was crying and I was in a bit of a mess, so it was embarrassing.’

AMBITIONS : To be a clinical psychiatrist, make documentaries and see all the great waterfalls of the world.

FAVE TV : A League of Gentlemen

FIRST SINGLE BOUGHT : ‘Echo Beach’ by Martha and the Muffins

PREVIOUS CASUALTY APPEARANCE : Lisa appeared in CASUALTY before her role as Jude, in S5 E6 she plays a punk named Sharon Dobbs, who comes in with a cut face, after an argument with her boyfriend. [More Info]

RADIO CREDITS : Talking on the Train; The Economics of Justice; Female Company; Orchestra Paloma; Double Act – Cardamon; A Far Cry from Kensington; Home of Our Own; A New Way of Life; Scrap Iron; Fifteen Love; From a Dead Voice; Grief; Keep on Running; No Commitment; Dog Eat Dog

BOOKS : Appears in ‘CASUALTY : The Inside Story (Revised & Updated)’ by Hilary Kingsley and ‘CASUALTY : Behind the Scenes’ by Rachel Silver.

* Lisa never watches CASUALTY, as it’s ‘too gory’ for her.

* She spent time in Cuba on invitation of UNISON, to help with medical supplies.