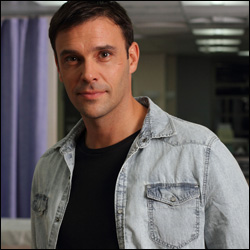 Luc is standing at the edge of the hospital rooftop, Eddi thinks he is about to jump off.

Mysterious, quirky and unconventional, registrar Luc arrives in Holby. A traveller, who lives alone in a caravan parked in the Holby car park, he rarely lets people get close to him nor reveals much about himself. Luc is intelligent and has a curious personality that will help spot diagnosis’ that others may miss but people find him aloof with an ironic sense of humour.

In his first shift in S14 E4, his unorthodox methods ruffles Eddi’s feathers and sparks begin to fly already. In s14 E6, Malick and Luc argue over the treatment of a trauma patient with glass stuck in his leg. Malick lets his ego trump his judgement and when things go wrong in theatre, he has to call on Michael for help. In S14 E12, a hungover Eddi comes to loggerheads with Luc when he disagrees on her course of treatment of a patient, creating a huge rift between them and she says she will transfer.  In S14 E13, Frieda is gutted having to work with a brusque Luc for the first time, given she knows about Eddie’s departure. Things are tense between the two, as they disagree on the treatment of a patient. Frieda ends up lying to avoid the wrath of Luc, but is surprised at his response. In S14 E14, Eddi can’t wait to get away from Luc and AAU, but when a young patient is admitted, she quickly becomes involved with his case.  When she’s transferred to a much quieter Keller ward, Eddi still tries to stay across the case in AAU.  Finding herself in the middle of a powercut at the wrong time and in the wrong place she is forced to work alongside Luc to save the patient’s life.  Eddi realises the exciting medicine on AAU is where her heart is. In S14 E21, Eddi discovers there is more to Luc than meets the eye when his friend turns up on the ward claiming to be in pain. Luc is reluctant to treat him knowing that Eddi is probing Roy to get more info on his private life. When Roy’s life hangs in the balance, Eddie sees a more vulnerable side to Luc. 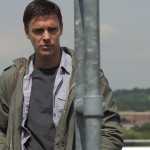 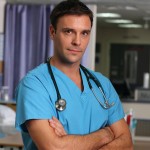