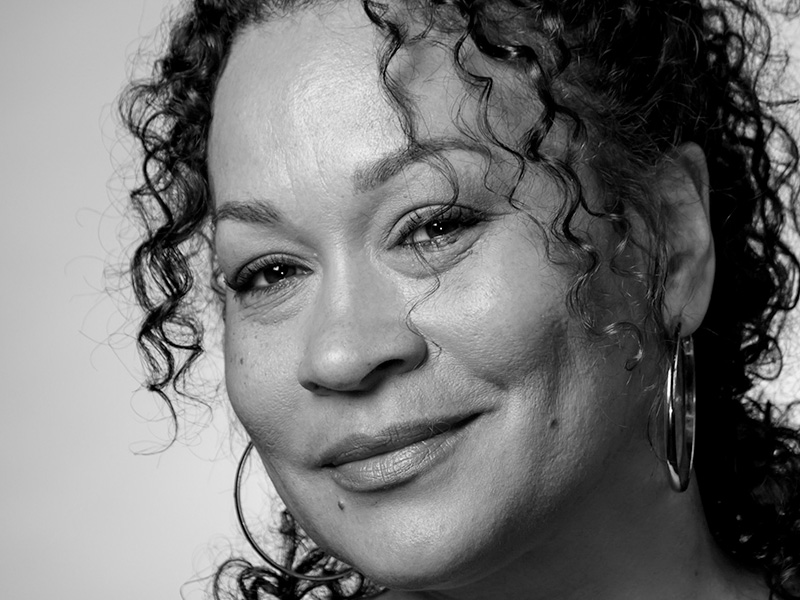 PREVIOUS RELATIONSHIPS : Actor/ playwright Che Walker. She once said of him ‘We give eachother space to follow our careers. I would never want him to give up what he does to be by my side and he wouldn’t expect me to give up what I do for him.’

STUDIED : Gained a scholarship with her A Level results. Studied French and Drama at Canterbury, and went on to train at Weber Douglas Drama School.

ON CHARACTER COMFORT : ‘She’s a biker paramedic and she is perfect for the job because she’s tough, sassy, full of energy and confident. But when she gets home the cracks begin to show and it is her husband who holds her together.’

ON SIMILARITIES WITH COMFORT : ‘I think I put a lot of myself into her initially, basing her reactions on my own instincts. But she is a lot tougher and more assured than I am. I really admire that – except we both hate needles!’

COMFORT’S BEST & WORST TRAITS : ‘She is passionate about her work and life and throws herself into whatever she’s doing. Comfort has a real sense of being alive and making the most of every moment. Dealing with life at the pitch she does, you’ve got to be quite firm in what you believe – but her attitudes are probably more rigid than mine. There is a judgmental streak in her.’

ON DECIDING TO LEAVE CASUALTY : ‘My contract was up and I decided not to renew it. I’ve been here five years and had a great time, but I think life has it’s seasons, so it’s time to let something else in.’

ON COMFORT AND FIN’S RELATIONSHIP : ‘Everyday she and Fin are facing life-or-death situations and in those extreme situations people become very close, very fast. She thought her marriage was perfect, but if someone can get into your heart like Fin has, obviously it wasn’t the complete love she thought.’

ON WORKING ON CASUALTY : ‘There can be a lot of variety on a show like this; your storylines can change, you are always meeting new guest actors and directors so it is always new and challenging. Plus, we are very lucky that we have such a cool cast and that we all get on so well, it helps on a job like this’

WHO COMFORT WOULD GIVE THE KISS OF LIFE TO : ‘Despite her moral standpoints, she is a lusty woman – and there are some lovely looking cast members. I think she would find Dr Spiller a challenge, because he is so dark and difficult.’

ON HITTING HOME STORYLINE : ‘I think the stuff they did on domestic violence was very effective. When we were on set filming we would stop every so often and remind ourselves that this wasn’t just some fictional invention but the people really did live with this pain in their lives. A lot of people on set were encouraged to exchange stories and the feedback from the campaign that the BBC did was immense.’

REAL LIFE CASUALTY INCIDENT : ‘I can’t stand the sight of my own blood and I hate needles. I once accidentally sliced my hand right through the knuckle. I screamed all the way through being stitched up.’ She also witnessed an accident, ‘On a lovely, sunny day I was out and about when a car came tearing round a bend, just as a toddler had wandered into the road. It was one of those slow-mo moments when everything seemed to be in freeze frame. It was almost as if the word ‘IMPACT’ had been drawn, with shock waves around it. Not to my credit, I was completely hysterical. Luckily there was a hospital very near and a passing doctor was able to revive the baby.’

HER ROLE MODEL : ‘As a woman I think I am very lucky that I have always been surrounded by a very strong female presence. Growing up in Trinidad also meant that there was no shortage of female role models with whom I could identify, whether at home or at school. There was a woman called Beryl Mc Burnie who dedicated her whole life to researching and promoting the performing arts and cultural identity in Trinidad. I have always admired her deeply for her commitment, courage, passion and pure joy.’

PREVIOUS CASUALTY APPEARANCE : Martina has appeared two previous episodes of CASUALTY, before her role as ‘Comfort’. In S9 E16 she plays neighbour Pauline. In S14 E17 she plays Darleen Devern, whose children are injured after a gas explosion, she also played this character in an episode of HOLBY CITY S2 E6 ‘Tidings of Comfort and Joy’. [More Info]

* Martina and her ex-partner Che, set up a theatre company named ‘Kazakao’, inspired by her nephew, who was born with a near-fatal bowel condition.

In this article:Comfort Jones, Martina Laird 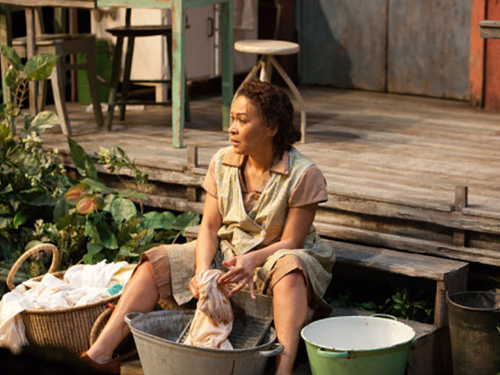 Former CASUALTY actress Martina Laird is set to return to a production of ‘Moon on a Rainbow Shawl’ as it tours the UK next... 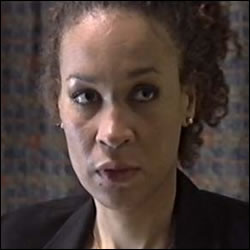