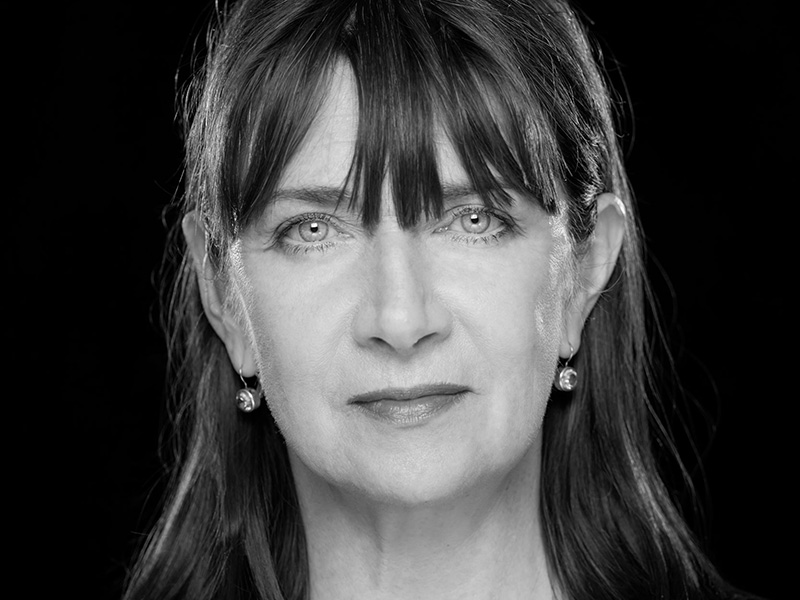 BORN : Bundorran, Co.Donegal, Ireland, while her Dad was doing Summer Season at a local theatre. Brought up in Glasgow, her first home was called 33 Patrick Hill Road.

FAMILY : Eldest of four children, 2 brothers Mark and Paul, and sister, Louise, who is also an actress, most known for her role in Emmerdale. Her father, Johnny, is a well known Scottish entertainer. Mother, Kitty, a former model and theatrical agent, died seven years ago of cancer.

TRAINED : Royal Scottish Academy of Music & Drama in Glasgow. She won the James Bridie Gold Medal in her final year.

PREVIOUS JOBS : Lab Technician at a Vet College in Scotland, and spent a summer in Torquay, Devon as a barmaid.

CAR : Fiat Uno – Maureen didn’t learn to drive till she was 30, because she ‘had a terrible instructor at 17 that put me off!’.

FAVE FOOD : ‘Fish of almost any description with maybe skate wing as my absolute favourite done in black butter with capers.’

FAVE DRINK : ‘Either a glass of chablis or a tot of 10 year old MacAllean Malt Whisky’.

ON CASUALTY AUDITION : ‘I originally trained for the part played by Maria Friedman in S6. They didn’t want me for that part, but told me they thought I’d be right for a part coming up later in the series – that part was Sandra!’

ON HER FIRST SCENE : ‘The first scene I filmed was not the first scene I played in the episode. It was a scene with Derek about the importance of wearing gloves when touching a patient’s blood. It was a lesson about AIDS really. Minnie Driver was the patient who was HIV+ and she’s a big star now. You could see her potential immediately.’

MOST DIFFICULT SCENE TO PLAY : ‘I usually have a very non-squeamish constitution but the scene where I had to minister to a farmer who’s had his legs chopped off by a combine harvester was pretty nasty stuff. Emotionally speaking, the scene where I told a farmer’s wife that her baby had died from the shotgun wound her husband had given the child was hard. Children’s stories touch us all, don’t they?’

BEST MOMENT ON CASUALTY : ‘When I realised that Geraint Morris wanted me to do a second series, which was the main dream of my heart.’

WORST MOMENT ON CASUALTY : ‘My very last shot on my very last episode. Apart from the emotion of it being goodbye, it was also freezing cold and wet and about 3am!’

ON HER SCREEN KISS WITH JULIAN : ‘And our kiss was agony, we did it about 7.30 in the morning and I felt I looked like the wreck of Hesperus.’

ON LEAVING CASUALTY : ‘I was brought in to be Nigel le Vaillant’s love interest and that was great. It gave me the chance to play a really brilliant part, but after doing 29 episodes, I just thought ‘This is not going to get any better’. It wasn’t an easy decision to leave, but I was a little bit scared of getting too reliant on that sort of money on a regular basis. Casualty definitely opened doors for me.’

FAVE AMBITIONS : ‘I’d like to finish the novel I’ve been writing to see if it’s any good. Apart from that I’d just like to go on working as I have been – doing a bit of everything.’

FIRST THING DOES IN MORNING :: ‘I have a cup of tea, some fruit and sit down and look at my diary so that I can plan my day.’

MOST TREASURED POSSESSION : A short story her Mum wrote before she died, ‘It’s the only copy, about her childhood and memories.’

TELEVISION CREDITS : This Man Craig; The Lost Tribe; The Daftie; The Donegals; The People Versus Scott; City Lights; The Campbells; Boon; My Dead Dad; Buffer Stop; Good Morning with Anne & Nick; The Long Roads; Casualty; The Chief; All Night Long; The Bill; Taggart; City central; Ruffian Hearts; Bramwell; Wing and a Prayer; The Last Musketeer; Bad Girls; Twelfth Night or What You Will; Let’s Write a Story; The Worst Week of My Life; Lewis; Midsomer Murders; Moving On; Doctors

THEATRE CREDITS : As You Like It; A Midsummer Nights Dream; The Cherry Orchard; Peer Gynt; The Man who Came to Dinner; May & Lizzie; King Lear; The Constant Couple; Macbeth; The Taming of the Shrew; Tartuffe; The Secret Rapture; Lady Chatterley’s Lover; The Innocents; Daisy Pulls It Off; The Widow of Clyth; Hard to Get; What Every Woman Knows; The Chinese Wolf; Haunted; Ay Carmela; Playboy of the Western World; The Merry Wives of Windsor; Othello; Candida; Marie of Scotland (her one woman show); Sleeping Beauty (which she co-wrote and starred with her Dad); Mother Goose; Greek Tragedies: Medea; Richard II, The Second Best Bed (one woman show), Rebecca; This Wide Night; 27

* Maureen is Honorary Secretary of the Richard Haines Charitable Trust, ‘We pay the fees for students studying drama at the University of the Witwatersrand in Johannesburg in South Africa, and who wouldn’t be able to afford the course otherwise.’

In this article:Maureen Beattie, Sandra Nicholl 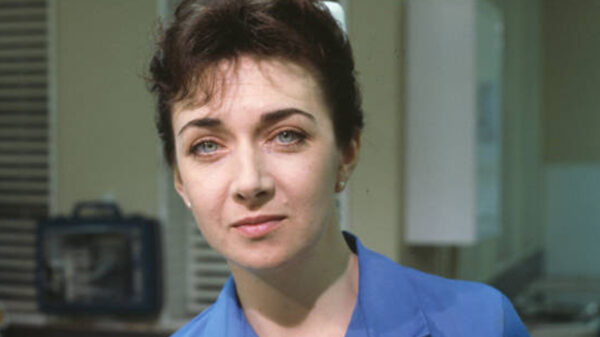