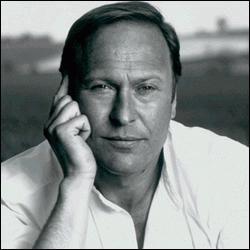 LIVES : Divides his time between London and India, where he shares a 12-acre estate near Ootacamund with John Sinclair Willis

RELATIONSHIPS: Split from his wife, Nicola Jeffries. They married in January 1995. They met at a read through, when she played junior receptionist, Jenny, in series 7.

EARLY CAREER : He first stepped into acting at school in Dorset, a playwright, Alan Agckboun asked if he’d work as an Assistant Stage manager in a Scarborough Theatre, Nigel was to sit A Levels at Oxford, but instead took the job, which was short lived.

STUDIED : Studied Drama at University, three years later he got his equity card and agent, and joined the Royal Shakespeare Company, which he said was a ‘big mistake’ as it broke his confidence.

ON HIS COUNTRY OF ORIGIN : ‘Pakistan is home for me, my roots are not in England.’

SPEAKING LANGUAGES : ‘I used to speak Urdu – I have tattered remnants of it now, but it does come back very quickly. When I go to Indian restaurants, I use it as often as I can.’

ON CASUALTY : ‘I think Casualty is a brilliant drama series, but I find it too disturbing to watch. I don’t understand why it’s so popular. Who wants to watch people contracting terrible diseases, going through traumas, suffering from horrific injuries, for enjoyment? It’s not my scene at all.’

ON GORY SCENES : In real life Nigel is very squeamish, ‘I hated the scene where I had to amputate a boy’s foot, even though I knew it was a lump of wood. When I had to put my hand in a man’s chest to pull a cross bow out – squeeze his liver with one hand as I pulled the thing out with the other, I thought I was going to faint.. I could never ever have studied medicine.’

ON JULIAN DATING SANDRA : ‘It’s a bit naughty getting involved in a married woman, but they fall in love, that’s life.. she was just the sort of woman who would get through to him, someone from a completely different social background. She cut through all of that.’

ON LEAVING CASUALTY : ‘If I carried on playing Julian, people would assume I couldn’t do anything else. I would also get very bored.’

Nigel hasn’t acted since 2009, having admitted that he never felt “comfortable” at the height of his fame and has since divided his time between London and India, the latter of where he has been working on a development of eco-friendly homes near a wildlife reserve.