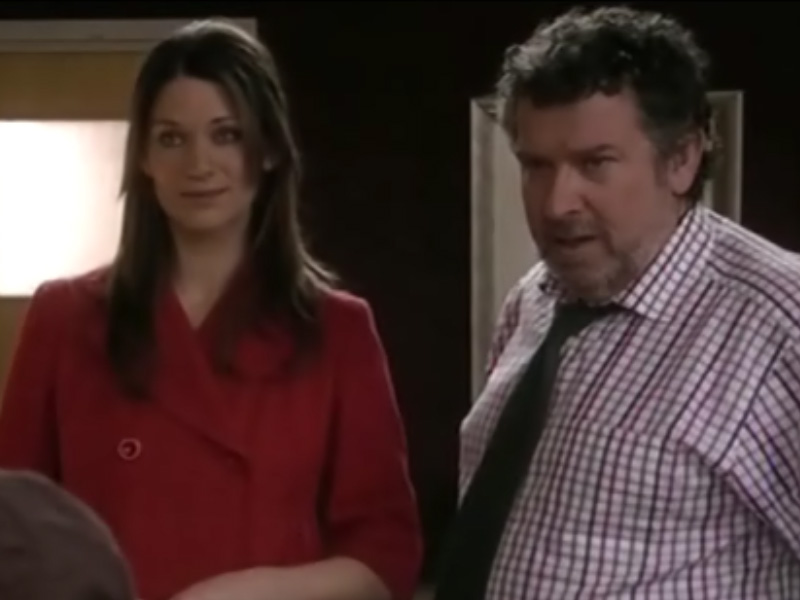 2019 has already been a major year at Holby City as it continues to celebrate its 20th anniversary. Now, Paul Bradley is amongst the latest set of classic characters confirmed to grace the hospital wards once again, returning to BBC One’s long-running drama series as Elliot Hope for its 1000th episode.

Coming back for a total of five episodes, Elliot visits the hospital to see his old friend and protégé Jac, or so he tells her, but it won’t be long before his ulterior motive is unveiled and his old colleagues discover the real reason behind his return.

Patricia Potter is also set to reprise her role as Diane Lloyd in a special episode which will go beyond the realms of the hospital into very different territory for the programme. Last seen in 2007, one or two of Diane’s colleagues will be rather surprised to see her again, to say the least.

The hugely popular storyline of the Tan twins is also going to be revisited. Last seen on screen in 2008 as the memorable conjoined twin babies, the now 11 year old patients will come back to the ward where their life changing separation surgery took place.

Paul Bradley says: “I’m really looking forward to returning to a programme on which I spent so many happy years. Holby has always been a hive of really exciting and imaginative stories and this won’t be any different, it’s going to be a cracker!”

Patricia Potter says: “It’s lovely to be returning to Holby. I really enjoyed my time there and made fantastic friends as well as meeting my husband. Returning after a decade is very weird but it’s as friendly as ever and revisiting Diane feels like putting on an old glove! She had a tragic end and this storyline feels like it puts the character to bed with some peace and resolution. It’s great.”

On the anniversary returns, Simon Harper, Executive Producer of Holby City and Casualty says: “How could we possibly celebrate Holby’s 20th anniversary without a return stint from one of our most beloved characters?  Elliot was the heart and soul of the hospital and the nearest thing to a father Jac has ever had – and her desire to please and prove herself to him at a particularly fraught time will have huge emotional consequences in our climactic story for 2019.  I’m so delighted to welcome the glorious Paul Bradley back to his Holby family, and I also know just how hungry the audience have been for this moment, so it’s wonderful to finally see it happen.

It’s not often we literally bring a character back from the dead, and no, Diane won’t be walking out of the shower and telling her colleagues it was all a decade long dream. Her return is in itself an anniversary homage to a time on the show when we experimented quite regularly with genre and style, so the audience can expect something very different indeed in a unique and quirky episode where Ric faces a terrifying and life-changing choice, and the world of the hospital is literally turned upside down.  I’m so pleased Patricia agreed to return in this most unusual way, Diane was a huge and popular character in Holby’s first decade, and this will be such a treat for our long-term viewers.

From the start we were determined that our anniversary year should not only feature returning regular cast but also an iconic guest or guests. Viewers still talk about the Tan Twins who, at the time, completely transformed the scope and ambition of the way we tell guest stories.  Seeing them all grown up, with their mum, and reunited with their saviour Ric just when he needs them most is a real tear jerker, and I can’t wait for the audience to see it.”

Other returns already confirmed for later this year include Patsy Kensit and Luke Roberts re-joining the cast as Faye Morton and Joseph Byrne.

Meanwhile Patricia Potter will also be appearing in theatre this Autumn. She will star in World’s End at the King’s Head Theatre in London from 27th August – 21st September. For booking info click here.

In this article:Patricia Potter, Paul Bradley

Former HOLBY CITY actor Paul Bradley will be touring the UK in a production of new comedy ‘Octopus Soup’. The production will see Paul...

Former Holby City actor Paul Bradley will be appearing in a number of theatre productions this year. Paul will be in ‘Caste’ at the...