Cardiff-born actress Rakie Ayola hits our screens next week when she joins the cast of HOLBY CITY as Agency Nurse, Kyla Tyson. Despite conflict with Mickie, Kyla proves her capabilities by caring for her patients and managing to be calm amid chaos as well as standing up to uppity doctors. Ric is so impressed with her skills that he persuades her to apply for the Acting Sister’s position. Rakie kindly talks to holby.tv about her new role…

What can you tell us about your character Kyla? Are you similar to her in any way?

She’s plain talking, gives as good as she gets and has no airs or graces. She treats everyone the same way and she can be a bit scrappy. We’re very similar, though I’m not as up for a fight as Kyla (not so often anyway!). Oh and she’s an excellent nurse.

How did you get the role in HOLBY CITY? Where were you when you found out you had got the part?

After three meeting spread over several months, I was at my mate’s house in Cardiff (I was actually in her kitchen). I got the job on a Wednesday and was on set the following Monday.

I was nervous about signing such a long contract as I’m used to doing a job for three months at a time. The first day I was so nervous, I kept introducing myself (during a scene) as Tyla Kyson!

Did you ever watch HOLBY CITY before you joined the show? If so, did you have any favourite characters?

I did watch but didn’t have any favourites.

Every day involves some on the job research as there’s no way I could’ve learnt everything there is to know about nursing before starting the job.

Do you think you could be a medic in real-life? Are you at all squeamish?

I’m not squeamish but I don’t think I could keep all that medical knowledge in my head.

Have you had any real-life accidents yourself?

What acting roles have we seen you in before HOLBY CITY?

Have you always wanted to be an actress? Where did you train?

I’ve always wanted to act! I trained at the Royal Welsh College of Music and Drama in Cardiff.

Away from the busy filming schedules, how do you like to relax? 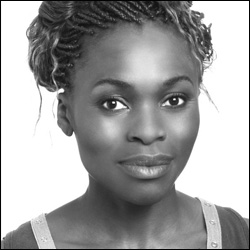 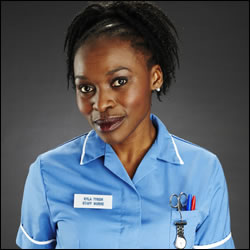 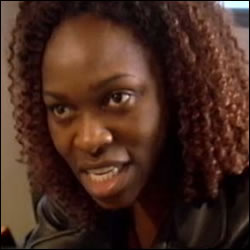