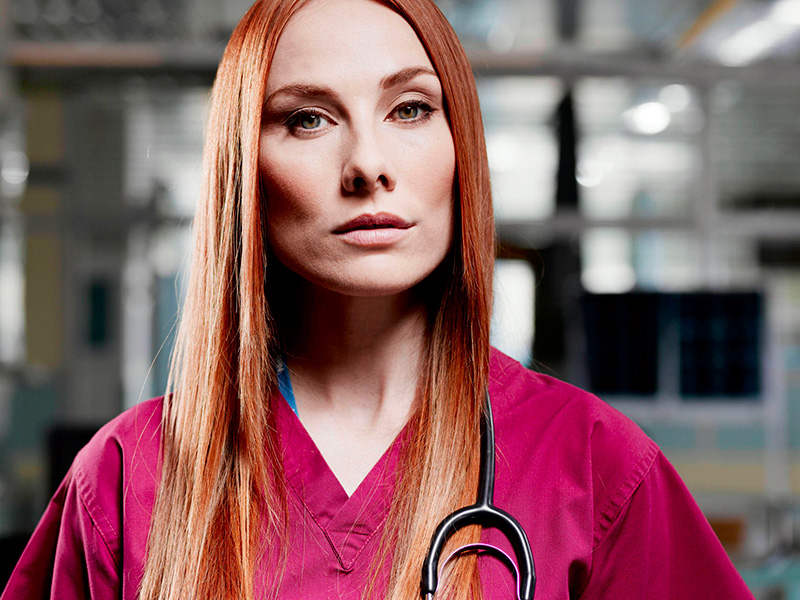 holby.tv are thrilled to announce that HOLBY CITY actress Rosie Marcel is pregnant and expecting her first child in February.

In an exclusive interview in this weeks Hello Magazine, Rosie revealed that she discovered she was expecting just two days away from starting IVF treatment.

The actress, who is married to gym owner Ben Stacey, told of both their shock and delight after learning they had conceived naturally. ‘It was an amazing feeling, crazy,’ she said. ‘Literally 48 hours before I started injections, I was pregnant!’

The news comes as joy after suffering a miscarriage nine months ago while her onscreen Holby character Jac Naylor was giving birth on the show.

After nearly 10 years on the medical drama, Rosie is unsure whether she will return to the show after the birth, ‘I’ve never been a mum before so I have no idea what I am going to feel like at home with a newborn. It hasn’t sunk in yet’

[Read the full article in Issue 1341 of Hello Magazine]

Following on from the recent departure of stalwart Hugh Quarshie, fans have been dealt another blow as popular long serving actress Rosie Marcel has...