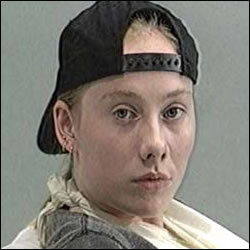 STORYLINE : Two rival graffiti artists try to outdo eachother by spraying their names in high and out-of-reach places. Both are injured and both end up in Holby in adjacent cubicles.

23 years ago on #Casualty Rosie Marcel made a guest appearance as graffiti artist Stella who injures her arm. #htvthrowback #HolbyCity pic.twitter.com/cRzqmPkbkC

STORYLINE : Neil Morton, a policeman whose wife, Elinor, is a cocaine addict and who has swallowed a packet full of drugs. He is forced to confront the role he has played in her demise.