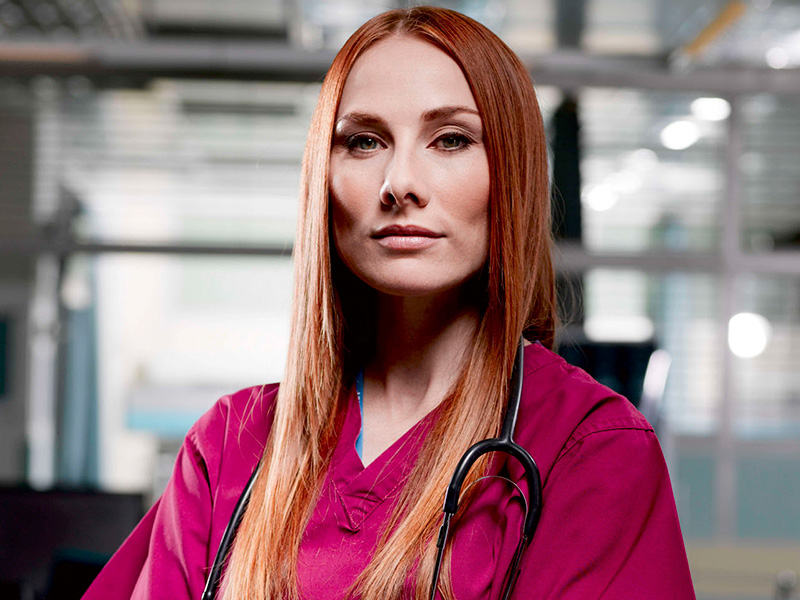 In an exclusive interview with Hello Magazine, HOLBY CITY actress introduced her baby daughter Beau, who was born on 21st January.

Beau Marcel Stacey was born weighing 6lb 10oz, following a caesarean. ‘Beau’s birth wasn’t really like an episode of Holby City – not much!’ Rosie reveals in the interview, but concedes she wasn’t the model patient when she came round as she was in so much pain, and started hallucinating.

‘Beau’s hand and foot came out first and the surgeon had to turn her around to bring her out. It was pretty violent. Apparently I was very inappropriate and was shouting for drugs and screaming blue murder’

For exclusive photos you can visit Hello Magazine or pick up a copy of 9th Feb. Issue 1365 of the magazine.

holby.tv sends our congratulations to Rosie and her husband Ben Stacey on the birth of baby Beau.