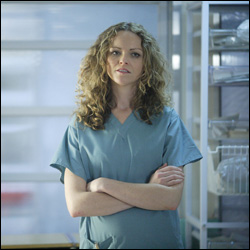 Annalese is so suspicious of Michael that she can’t focus on her work. She confronts him about his affairs while he is operating on Steve Hewitt, and she loses concentration, causing the patient’s death.

Linden finds out about Jac’s fake baby scan so realises she was only pretending to be pregnant. When he tells Faye, she thinks this is wonderful news, as Jac was leading Joseph on. Linden, however, knows he has missed his chance with Faye.

Daisha has been missing counselling sessions to help with her problems with baby Joe. Chrissie finds out and makes it her duty to get Daisha back on track and out of her father’s life.

* ‘Trouble’ by Ray Lamontagne plays at the beginning of the episode.

* ‘Stand by You’ by the Pretenders plays at the end of the episode.

* When Connie asks Michael to take over as Steve’s Consultant, he says ‘Who died and made you my cheerleader?’

* ‘I’m not the villain of the piece’ Jac tells Linden.

In this article:Claire Bennett, HC Series 11 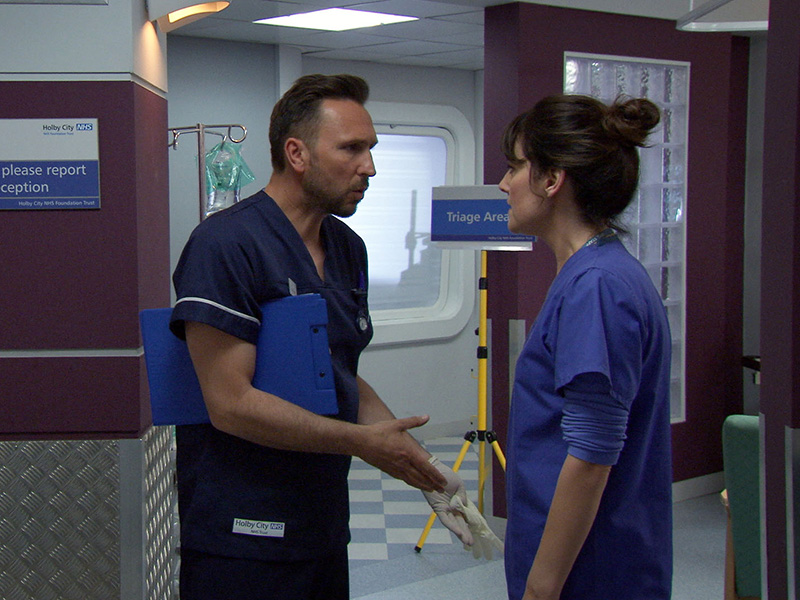 ‘Star Crossed Lovers’ : Casualty viewers may do a double take when they see they the new nurse on AAU, as it’s none other... 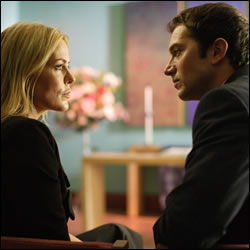 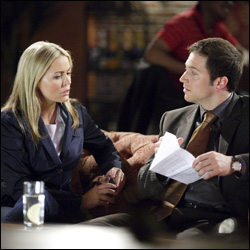 S11 E46 (1 Sep 09) : Faithful by Graham Mitchell Episode Summary Connie is gunning for the director of surgery job, but is shocked when...