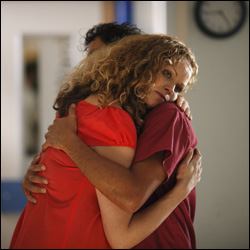 Michael puts all his efforts into looking after his daughter, Milly, who is in hospital after falling on some furniture.

When Milly’s treatment goes wrong, however, Michael buckles and Ric steps in. Michael is forced to thank Ric, and Annalese resolves to patch things up with Michael.

Jayne finds out about Connie and John’s affair. Connie tries to explain but Jayne silences her, saying it is not a work matter.

Meanwhile, Tara relives the moment that she and Elliot devised a graft for a complicated case many years ago. She admits to Elliot that she has a similar patient and needs his help. Jac goes behind Elliot’s back, which leads him to reconsider Tara’s offer.

In this article:David Lawrence, HC Series 11 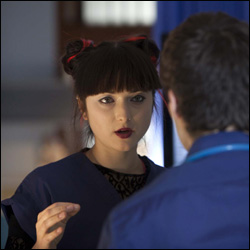 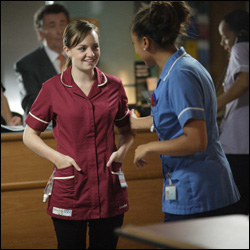 S12 E7 (24 Nov 09) : Break Away by David Lawrence Episode Summary Penny wants to prove to Elliot that she is good with patients,...