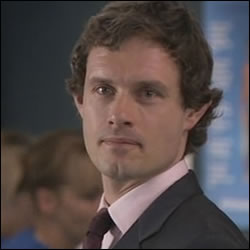 Harry is back as consultant manager and his job is to turn the emergency department around within six months, as the hospital drama continues. His new boss, Marilyn Fox, gives him his first task: to fire Nathan Spencer. Harry sympathises with Nathan’s recent loss and questions the timing, but he is committed to following his superior’s orders. However, his efforts to sack Nathan are thwarted by one emergency case after another.

Earlier that day, two groups of soldiers are on a live firing exercise, led by their new Corporal, Neil Hobbs. Two men are shot – one in the chest and the other in the leg. Corporal Hobbs attempts to establish whether this was an accident – a negligent discharge – or something more sinister. At first, he fears the shot came from within his team, but soon realises it came from a different direction.

Elsewhere, in a recording studio, some musicians are laying down tracks when the female singer, Bunmi, collapses into the drum kit. Ruth seriously misdiagnoses Bunmi with potentially fatal repercussions and makes an enemy in the department when she blames Nadia for her own mistake.