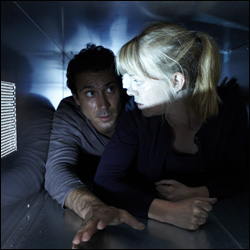 As fire ravages the ED, Ruth and Jay and Zoe and Dylan are trapped inside. Will they make it out alive?

While a fire alarm is declared faulty and staff and patients troop back into the ED, Lenny and fire officer Frank escape a raging fire in the basement and alert the others. As Jordan issues an evacuation order, Dylan and Zoe rush the injured Frank into resus for treatment.

Jay confronts Ruth demanding to know why she’s dumped him but Ruth pushes him away and hides in her office. Jay tracks her down and they argue, oblivious to the chaos below. As the second fire alarm sounds, they realise they are trapped inside the burning building.

Meanwhile an explosion traps Zoe and Dylan in resus and while it looks like rescue is unlikely, Zoe and Dylan do some straight talking. Will the trapped medics make it out of the building? Will Dylan’s secret finally be revealed? And is there a happy ending in sight for Ruth and Jay? 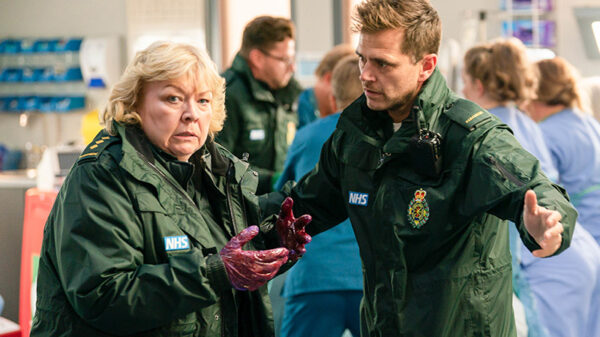