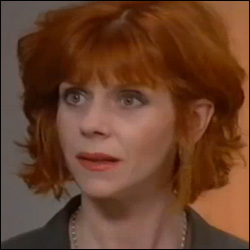 Steve has been working closely with baby Ellie’s mother (Nina Wadia) and father (Ian Puleston-Davies) since she was born. They are gradually realising that the chances of finding a transplant donor for Ellie are very slim.

Meanwhile, Andrew Gold (baby) is brought in by Fin (Kwame Kwei Armah) with his parents (Teresa Churcher and Shaun Dooley) after a car crash. Victoria tells them that two independent neurologists have declared that Andrew’s brain stem is not intact, he is brain stem dead. The bereavement councillor tells her she must also try to persuade them to donate Andrew’s organs for transplant. Mr Gold is immediately against it but Mrs Gold, remaining silent in her shock wants to agree. Janice tells them about the benefits of organ transplants and how in this case the logistics will work. She also admits that they know who is getting the heart if they agree to donating Andrew’s organs. Janice and the bereavement councillor explain how meetings between donor and recipient parents is not allowed. Mr Gold, still unconvinced although he wants to agree, asks to see the surgeon. Meyer, like Janice does not give away any specific details of the recipient (Ellie Denish) and emphasises the importance of the transplant. Mr Gold, wracked by guilt because he bought a car without an airbag especially so he could put Andrew’s seat in the front (only Andrew’s side of the car was crushed), agrees.

Victoria would still prefer to be working on Meyer’s firm so asks if she can watch the transplant. Janice reminds her that she is the one she should be asking. Victoria also puts forward her view that donor and recipient parents should be allowed to meet. Meyer explains that donor parents often have a very fixed image of what recipient children and parents should look like and to disrupt this would only cause problems.

The Golds find their way back onto the ward but Janice sends them outside.

However, when Victoria is leaving, Mr Gold talks to her in the car park. Unknowingly, she lets him figure out that the recipient is in the hospital.

The following day, Mr Gold finds Mr Denish and begins to talk to him, establishing that his son’s heart went to Ellie. Mrs Gold, meanwhile, warns Steve that Mr Gold is looking for the recipient parents. As Steve finds Mr Gold and begins to lead him away, Mrs Denish comes out of Ellie’s room. Mr Gold is shocked that Mrs Denish is Asian and an argument ensues where Mr Gold is accused of being a racist.

The Denishes and Golds later meet in the cafeteria (despite Janice’s assurance that Mr Gold’s apology is not needed) and reconcile when Mr Gold breaks down in tears. Ellie, meanwhile, has a tampernard and goes back into theatre. Victoria assists. Meyer and Janice have since found out that it was from Victoria that Mr Gold found out that the recipient was in the hospital.

Victoria apologises and Meyer tells her that if he is ever to consider her return to his firm, she must have her feet on the ground, instead of in her mouth.

Also on Otter ward, Matt Williams (Jack Liman) is admitted after his parents (Nicola Cowper and Martin Troakes) tell Keri that they are concerned he has swallowed another coin when she visits him on her outreach rounds. Mr and Mrs Williams account for bruising on Matt’s body as being from other children at the fair. While Keri believes this, Mike does not and insists that the child protection register must be checked, especially as the parents seem anxious. During Matt’s operation to remove the safety pin that he swallowed, Mike finds small holes in Matt’s stomach lining. Janice and Mike ruin the confidence that the Williamses have in Keri and that the social services will not be involved when they question them. Mr Williams later tells Keri that he has furred arteries and can not keep up with his son. Janice is not happy with their answers and when Mrs Williams does a runner with her son the next day, is keep to involve social services and get an emergency care order. Keri, however persuades her to give her a chance to find them. She gives her 2 hours. Keri’s car has broken down so she flirts with Danny to come with her. Keri and Danny find the Williamses at the fairground where Mrs Williams admits that she has been giving Matt aspirin every day so that he does not get his father’s furred arteries. She can not read so she did not know that a child must be 12 before they can take aspirin. Keri eventually persuades them to come back to the hospital and get help to learn to read from social services and Danny reminds her it cannot go unreported.

(Mumbling and police radio at the scene of an RTA)

Meyer: (voiceover) With such a small child, the chances of finding a suitable donor are small.

(in the hospital, Meyer talking about a patient to Steve and other staff)

Meyer: (voiceover with shots of family) Ellie Denish undoubtedly needs a new heart; she has hypoplastic left heart syndrome and in the last three months I have operated and shunted her twice. Now, I anticipate that within weeks, possibly days, the latest shunt will start to fail her. (Now we se Meyer talking) If this occurs, I will not be recommending a further operation because her heart is simply too weak and I would rather Ellie died in her parents’ arms than in my theatre. So, I’d like to thank you all for your hard work on Ellie’s part. We have all done our best but sometimes, sadly, our best isn’t good enough.

Victoria: But you’re always telling me not to get involved.

Meyer: I’m right to do so, fortunately, I’m experienced enough to know when to ignore my own advice. (walks slowly up to the Golds) (updates them on Ellie’s condition) However, you have to start your own healing process as well somehow. In my experience it can’t begin so long as you remain in this hospital.

Meyer: You have to. No matter how hard it seems you must resist the thought that your son is being reborn inside that little girl.

Meyer: I can’t know the pain you are going through because this has never happened to me. The sacrifice that you made in donating your son’s heart is probably the most difficult decision you have ever made, and I watched you struggling with it. But you cannot rebuilt your family through this other child, your son is not going to come back to life because you’ve given his heart to Ellie Denish. So, you should take your son’s body home now and you should bury him because he is not on this ward. He’s dead.

Victoria: What did you tell them?

Meyer: I told them the truth. 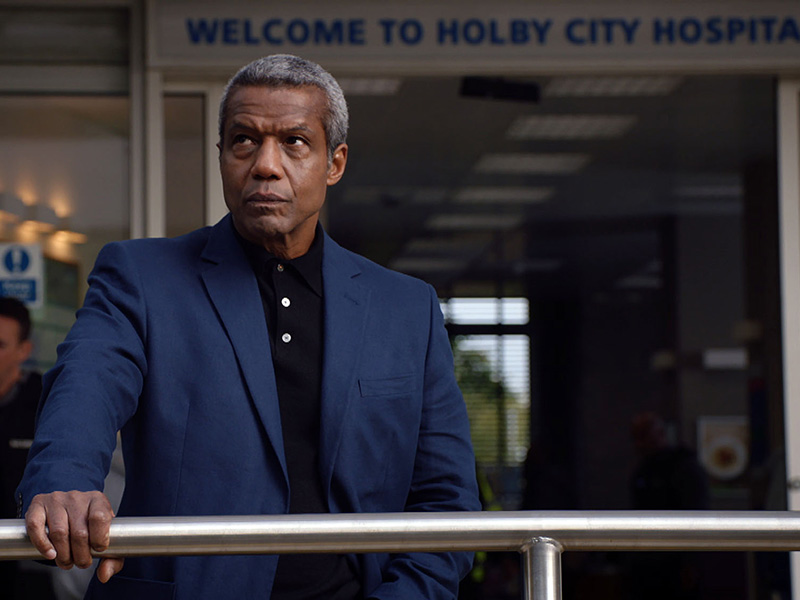 ‘Hungry Heart’ : When the results of the junior doctor prize are revealed, Fredrik is determined to get Hanssen’s attention and seeks guidance from...

‘What Lurks in the Heart’ : Dylan becomes the source of gossip after Seb’s allegation, but Max and Jez are determined to help him...