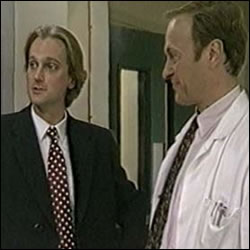 A tabloid photographer, Gary, crashes through the glass conservatory roof of John and Helen Ferris’ house, to catch a photo for the story of MP John’s alleged affair. He falls onto Helen, who suffers a severely damaged leg. Gary has only minor cuts to his face, he sneaks into Helen’s cubicle to tell her more evidence, John finds him and they end up fighting.

Middle aged gay business man, Dan, has a stroke outside his place of work, his partner, Les, finds him. Dan’s daughter, Sue, arrives to see him, and is hostile towards Les. Sandra is unsure of who takes priority to be with him. Dan dies with Les with him, Sue gets angry with Duffy. Les, upset, tells Duffy he will not fade away and be ignored by them.

Ageing rock guitarist, Rex Cadell, electrocutes himself while practicing for a gig. His friend, Elaine, takes him to A&E in a bright pink car. He has a burnt hand. The band disown him and he decides to tell waiting press he is quitting, but they have no interest in him and laugh at him.

Nigerian, Olu Ajayi, comes in with stomach pains, Julian believes he has gall bladder problems and urges him to stay in hospital, when he wishes to return home. Ash is annoyed that he is told to persuade him, just because he is black. Olu’s teacher, Keith Scott, comes to see him and Ash lashes out at him for giving Olu a bad view of England.

Beth finds out she has got her GP job and starts in a month. Ash finds out he is to be the new Union Rep and Trish is upset at Charlie that she is making all the effort in their relationship, when he refuses to take two days off for them to go away. Charlie reveals to Duffy he’s confused at the situation. Julian finds out they are to cut 250 jobs.

* Helen Ferris, wife of an MP – reporter crashes through her glass conservatory roof on top of her – severe fracture of her tib and fib.

Kate (doing filming) : With their daughter Amanda who at the moment will make no comment whatsoever (man goes infront of camera). 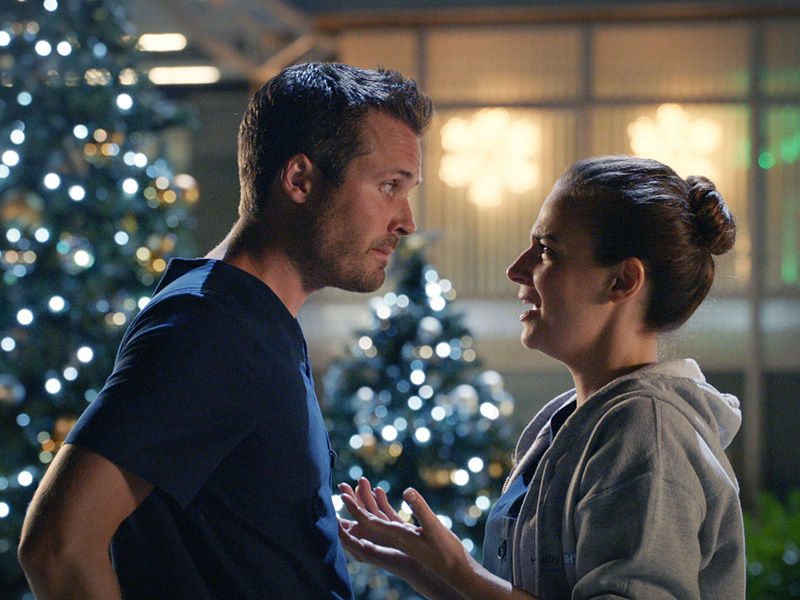 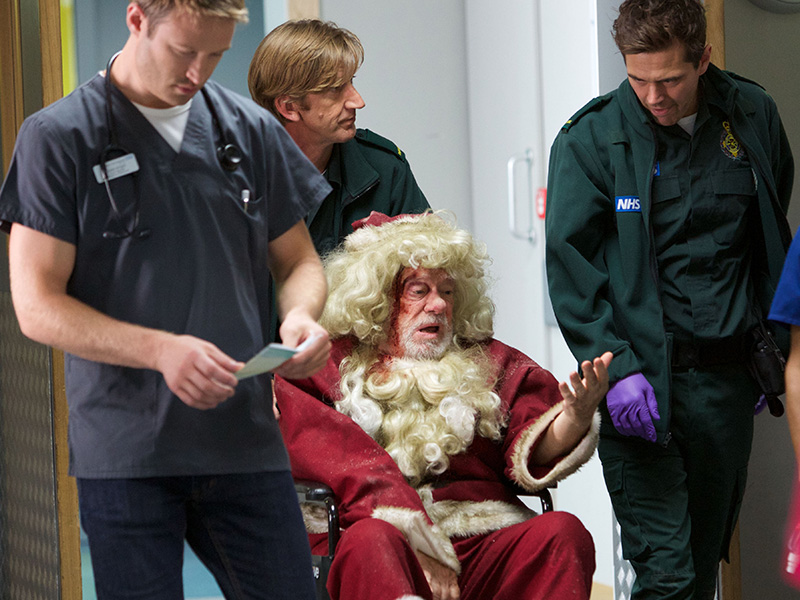 ‘Solomon’s Song’ : Rescue teams are called to the cathedral when a ceiling collapse leaves several of the congregation trapped, Lofty helps a patient... 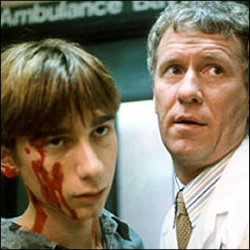