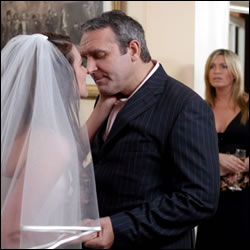 It is the day of the wedding, Owen awakes in his office – with Chrissie. She assumes that he will not go ahead with the ceremony but Owen tells her that he was drunk and that he loves Diane. Chrissie storms out in anger.

Diane wakes up at her house to find Ric downstairs – he tells her he slept on the couch as he had no money for a taxi. They talk about the kiss last night and Diane wonders if she is doing the right thing, Ric convinces her that she is.

Owen is called to an emergency in AAU – a woman, Laila King, has suffered an ectopic pregnancy.

Owen arrives late due to the operation and the wedding goes ahead – Chrissie looks on, devastated. Tricia and Mark talk at the reception and decide to call a truce.

Jodie wakes at Mickie’s house, she goes to have a shower but collapses in the bathroom unable to breathe. Mickie takes her to the hospital and asks Will to examine her. Jodie tells Will that the large scar on her back is from a car crash. She reveals she was a nurse in the medical corp. When Mickie leaves Jodie and Will talk and it is obvious that they knew each other from the corp. and had some history. Connie operates on Jodie and remarks that the scar tissue on Jodie’s back is terrible, the surgeon butchered her. Will becomes increasingly uncomfortable when Connie says that the injury looks more like a shrapnel wound. Connie is forced to remove Jodie’s lung. When she awakes and hears the news Jodie blames Will for ruining her life – again. Mickie assumes that the pair were once an item and storms out.

At the wedding reception, Donna tells Lisa she wants to meet the owner of the silver convertible in the car park. She is disappointed when she finds out it belongs to Mubbs but they end up kissing anyway.

Sean tells Jess to stop taking him for granted. He wants to know if people will know the baby is not his, is the father white? Jess avoids his questions. 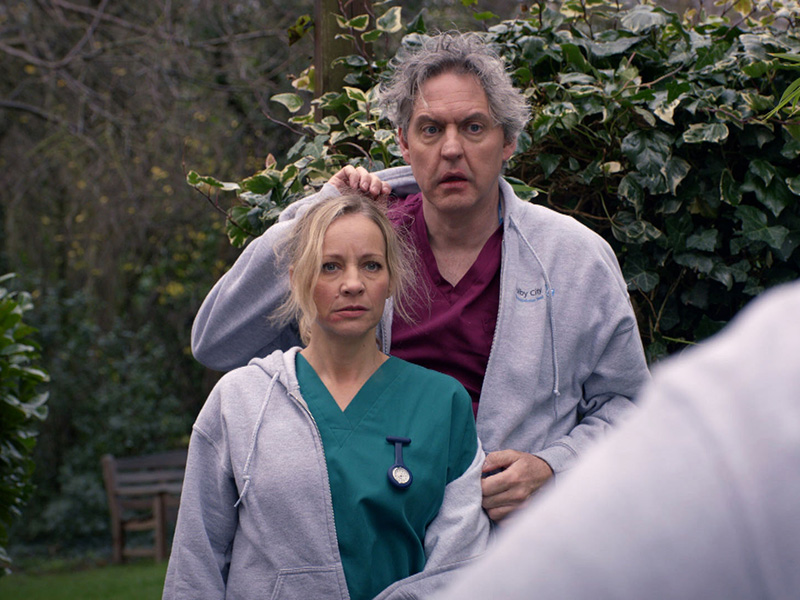 ‘Who You Are’ : A life-changing birthday gift leaves Morven reeling as she struggles to cope when Austin is admitted to AAU, while Mo...