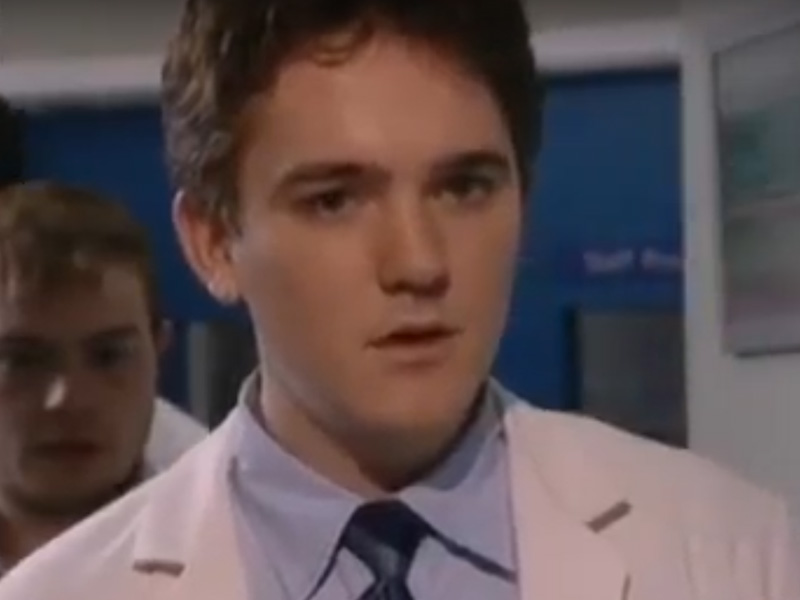 ‘Patience’ : Zubin and Jess are now a couple and arrive at work together. Zubin wants to resign but Jess convinces him to stay and clear his name – he belongs with her. After Jess gets out the car, Zubin’s car is smashed from behind by another car. The driver, Andy, has an arterial bleed to his arm.

The new registrar Lola joins. Ric is angry to see her – she is his ex wife! Lola takes charge of the ward and Connie is not amused. Zubin fills Lola in on the Dominic Fryer incident and his relationship with Jess. Lola tries to talk Ric into defending Zubin at the board meeting but he refuses to budge. Later, Connie tells Lola she does not like her management style but Lola puts Connie in her place.

Zubin and Ric operate together and Ric is impressed by Zubin’s professionalism. Zubin meets with the board and gives his evidence. Ric bursts in at the last minute saying he wants to speak. Connie tells him the meeting has been adjourned but Michael lets Ric give his evidence. Ric gives a glowing appraisal of Zubin’s character. Connie tells the board to disregard Ric’s comments but Michael overrules her. Zubin is told the board have decided to keep his services and he will have no mark against his name. Zubin is overjoyed but Connie is furious. She asks why Michael did not back her up when they were meant to be calling for Zubin’s resignation. Michael says that everything changed when Ric was no longer on side and that he cannot afford to have disgruntled staff.

Jess finds the news out and thanks Ric. He tells her he has resigned and has decided to go and work in Ghana with his brother.

A serious coach crash has left many injured. The driver, Andy, who drove into Zubin seems agitated and he is discovered to have been the coach driver of the accident. Andy refuses treatment, feeling to blame for the crash. Lola tells him he has been suffering blackouts due to an infection in his brain – not from his previous arm injury, persuading him to have treatment.

Sisters Karen and Ruth are brought in from the coach crash. Karen is a heroin addict and was on the way to rehab when the accident happened. During the staff’s scuffle with Andy, a needle containing morphine drops by her feet and she decides to use it, angering her sister. Ruth – who’s injury is a piece of metal stuck in her neck – suddenly takes a turn for the worst and the team are unable to save her.

A couple, pregnant Justine and her boyfriend Danny are also involved in the crash. Owen and Mickie treat Justine who has extensive burns – Carlos is also called to take a look at her. However, Owen, who is still coming to terms with Diane’s miscarriage, tells her she will not survive and advises her to have a caesarean to save her baby. But her partner is unconscious on the ward and she is desperate to see him. Owen delivers her baby, and the couple snatch a few minutes with their child before she slips away.

Written by by Clive Dawson

* Justine – has caesarean before dying from extensive burns.

* Connie pulls a practical joke on Matt when he makes a comment about the poor decorating work at the hospital. She pretends that her brother did it, making him speechless.

* Connie finds Ric sleeping in one of the cubicle beds after working a double shift.

* Lola says him and Ric were ‘Holby’s answer to Burton and Taylor.’ Ric, however was less than complementary about Lola calling her ‘Atilla the Hen’.

* Lola’s view on Jess and Zubin’s relationship, ‘You and Zubin make an.. interesting couple!’