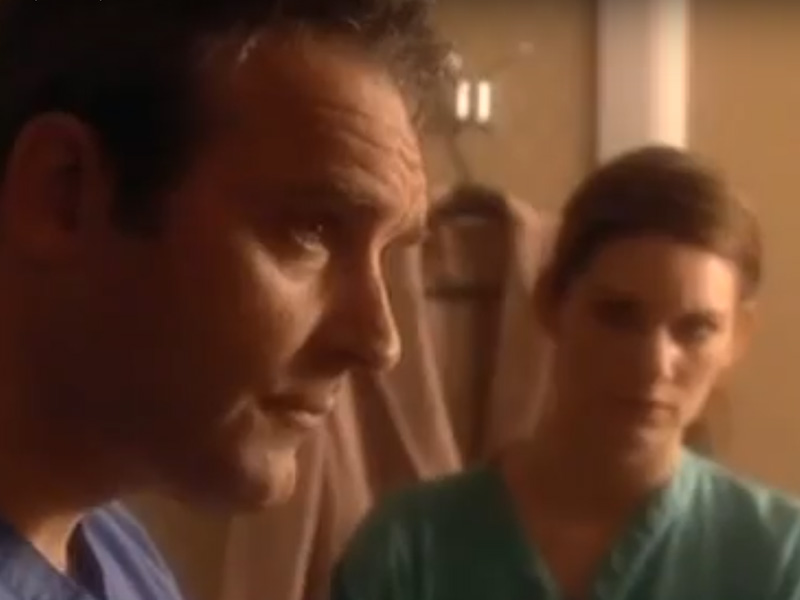 Tricia says she loves Mark but fears Frank will ruin everything. Meanwhile, Frank drives Chrissie into work but then collapses in the car park. She takes him upstairs where Connie discovers he has an aneurism and needs an emergency operation. The operation isn’t a complete success and his condition remains serious. Despite Frank’s illness, the family feud continues to rage and an upset Frank finally lets a secret slip to Lisa – that he is Chrissie’s father. Lisa is unsure what to make of the revelation but puts it down to him being confused.

Meanwhile, Kirsty, a patient treated in the hospital a few weeks earlier, returns to see Owen. He can’t find anything physically wrong with her but they talk about personal issues and a vulnerable and confused Kirsty tries to kiss him, before running out of the hospital and being hit by an ambulance. Kirsty accuses Owen of kissing her and he is put on desk duty while an investigation is carried out.

A teenage couple, Rio and Melanie, are brought in after they were protesting at a farm, which caught fire. Rio takes the blame for the fire, until the farmer is brought in and dies from his injuries. Drums of weed killer also found in the barn made the situation a lot more severe. Matt helps force Melanie into owning up to the fire. Meanwhile, Melanie’s mother, Olivia, goes into labour whilst visiting her daughter. They deliver a baby girl.