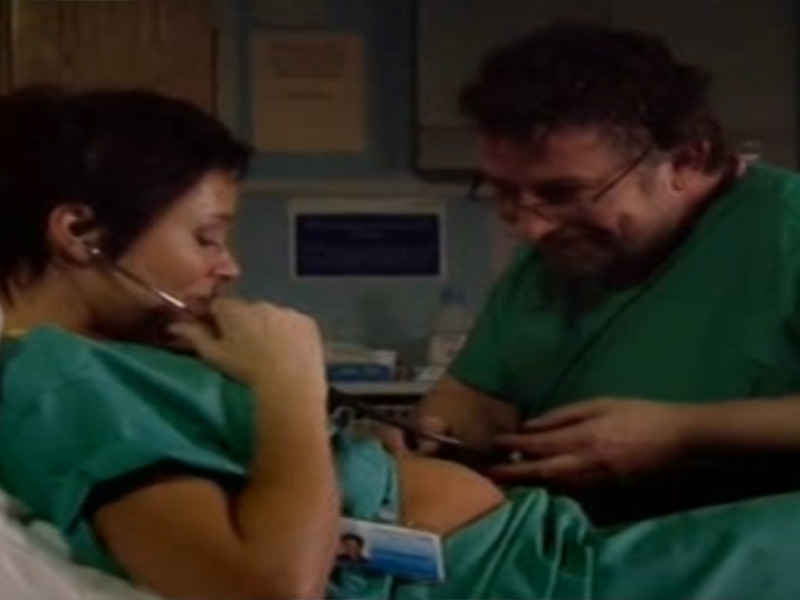 Diane is eager to please Dan, on her first day as Consultant whilst he is keen to test her to make her own decisions. Diane’s first patient is Alisha Adams, who is severely undernourished. The psychiatrist learns she hasn’t eaten for four weeks and refuses treatment, Diane is torn on whether to treat her against her wishes and when her condition deteriorates, Diane decides to drip feed her. When Alisha wakes, she is furious at what Diane has done and threatens to report her but as the pair talk, Diane manages to defuse to situation and gets her to open up.

An argumentative couple, Margaret and Kevin, are brought in with burns following an explosion at their house. Unhappy with the hospital food, Kevin decides to order in pizza which makes it’s way round the ward. Things take a turn for the worse, when the pizza spreads a bout of food poisoning; Margaret’s angina condition is aggravated and her condition deteriorates. Kevin is devastated when she dies.

Connie, who ate a slice of pizza, is found collapses in the toilets. Elliot puts her mind at rest with a scan of her baby’s heartbeat.

Wanting overtime, Harvey dumps Max at the hospital much to Kyla’s annoyance. Lola is upset when she witnesses a frustrated Max being slapped by Kyla. Max also comes down with food poisoning. With a little help from Mark, Kyla realises what Max really needs and asks Harvey to spend more quality time with their son.

Sam and Chrissie are getting closer and plan to spend the evening together; however when former teenage patient Jade turns up at the hospital wanting to crash at Sam’s place, it puts a spanner in the works.

* Dan tells Diane ‘You live or die by your results alone!’

* Angered by Lola’s interference, Kyla says to Mark, within Lola’s earshot ‘She’ll have Social Services on you.. self righteous cow’.